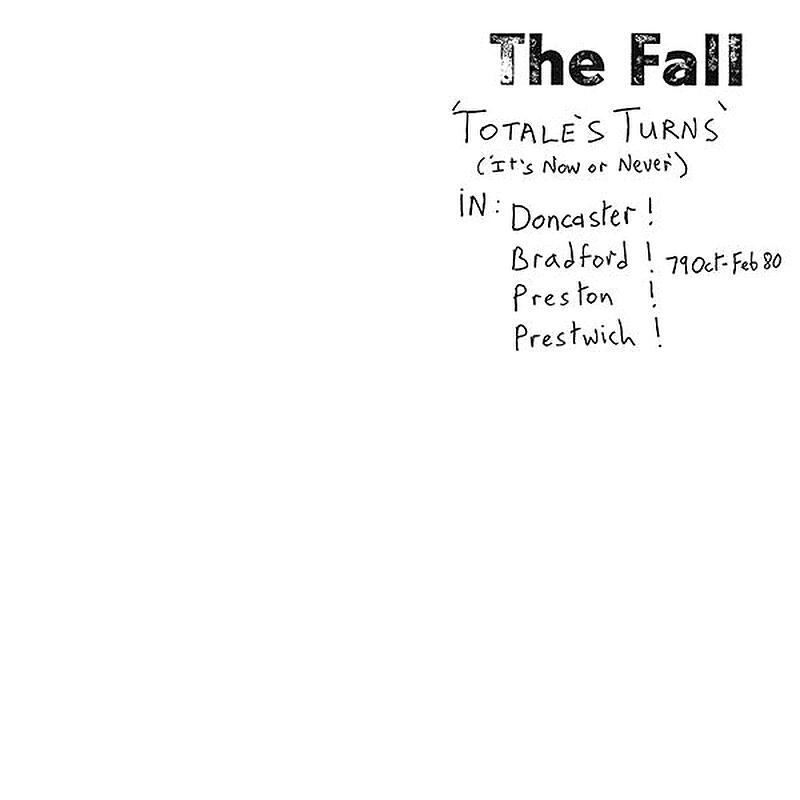 Given The Fall's penchant for iconoclasm, it's no surprise that they decided to say goodbye to the '70s with a series of gigs at Northern England's gruffest halls. The band's formidable live show was met with even more derision and disorder than customary during these late '79 and early '80 performances, and they skillfully amplified such sentiments back at the crowd. Totale's Turns, The Fall's first live album, was released on Rough Trade just prior to their pivotal third album, 1980's Grotesque.

"The difference between you and us is that we have brains," shouts Mark E. Smith to open Totale's Turns as the band breaks into the rollicking "Fiery Jack," their latest single at the time. Each player is at their jagged best: Marc Riley and Craig Scanlon's splintering guitars, Steve Hanley's thunderous bass and Smith's combative sneer reverberate over "Rowche Rumble," "Choc-Stock" and "Spectre Vs. Rector" more than any studio would ever allow. Totale's Turns never panders to live-record conventions, serving instead as a gripping exhibit of The Fall en masse and arguably the most accurate document of the group to date.