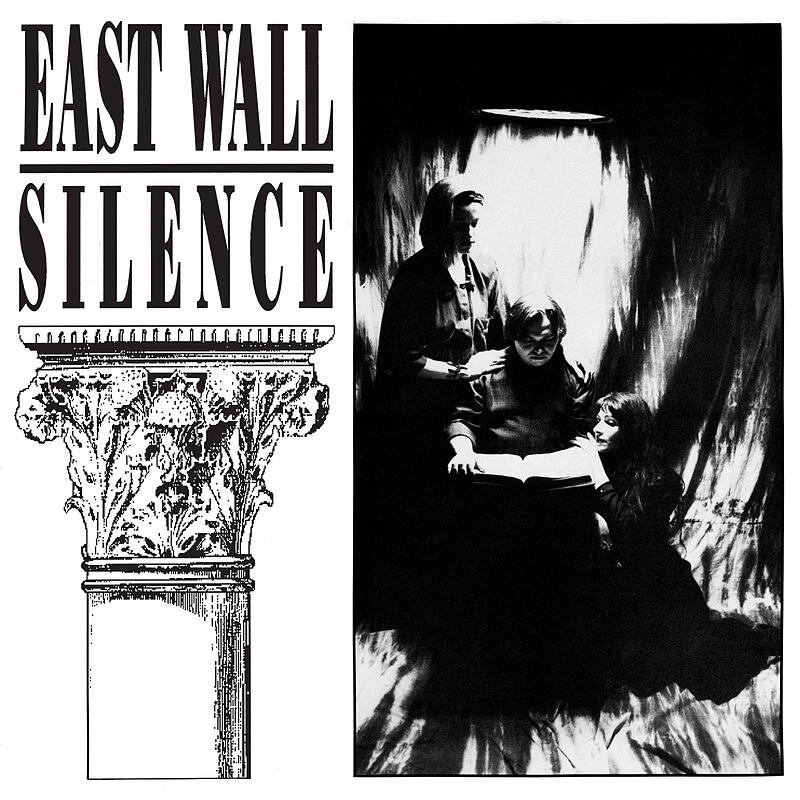 East Wall was an Italian electronic dark wave band started by Fabrizio Chiari (ex keyboardist of Kirlian Camera) and Wilma Notari in 1982. After a series of demos and live performances, the duo recruited Angelo Bergamini of Kirlian Camera to help with arrangement and synthesizers. They released their debut single “Eyes Of Glass” in 1985 which had huge success in Germany, leading to a deal with ZYX.

By 1991 the band consisted of Fabrizio Chiari (Synthesizer, Electronics, Keyboards), Tiziana Wells (Vocals, Synthesizer) and Angelo Bergamini (Synthesizer, Piano, Arrangement). At the beginning of the year, they recorded their next batch of songs at Prominence Studio in Cremona and A Love Sound Studio in Piacenza. "Silence" was self released by the band in 1991. The lead track “Silence” was a left-over song by Kirlian Camera recorded in 1985 with vocals by Simona Buja under the alias Lorenza Larini. It was recorded largely using a variety of now-classic Roland, Yamaha, and Oberheim synthesizers. The album displays East Wall’s maturity and unique aesthetics, with instrumental pieces reminiscent of Angelo Badalamenti’ Twin Peaks score. Tiziana Wells sings with pure emotion, hypnotic at times, upbeat and carefree at others. Frankie Teardrop (of the Wierd party and the Systems of Romance blog) describes this album as "possibly the closest thing to darkwave freestyle that exists.” We decided to expand the album, releasing it as a deluxe double LP cut louder at 45 RPM. We have also included an unreleased extended version of “Ice Of Fire” and the bonus track “Intro”, found on the DAT tapes Fabrizio Chiari sent us.

All songs are remastered for vinyl by George Horn at Fantasy Studios in Berkeley. It is housed in the original jacket, featuring a dramatically lit photograph of the band by Andrea Gambetta. Each copy includes an 11x11 double-sided insert with photos of the band, lyrics, and liner notes by Intergalactic Gary, who’s Despair Mix turned us onto to this album.