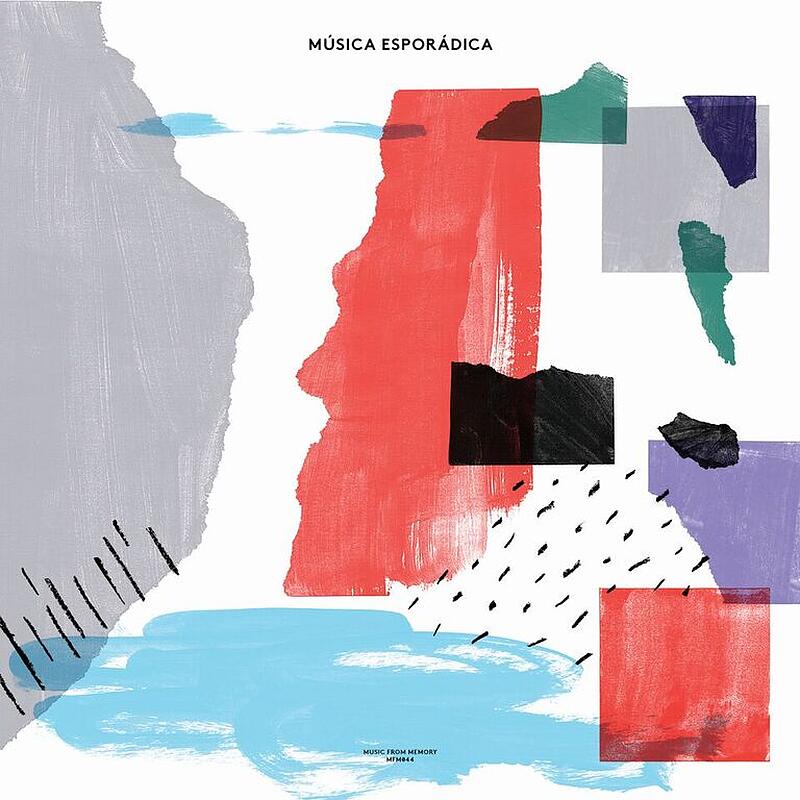 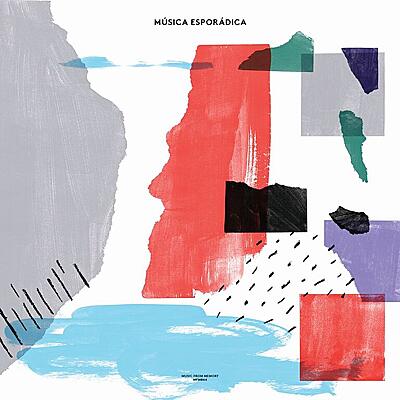 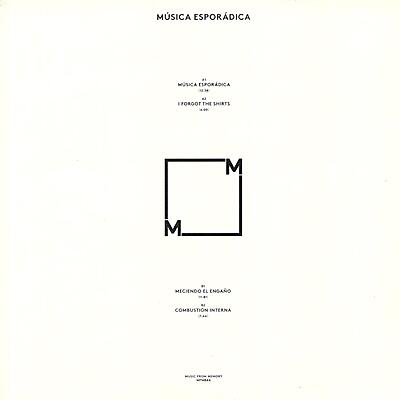 MFM044 sees the reissue of the cult Spanish studio project Música Esporádica with their incredible one off, self-titled album.

Another Suso Saiz side project, this one grew out of his work with his band Orquesta De Las Nubes, who were themselves the subject of a Music From Memory compilation last year.

The idea of getting Orquesta De Las Nubes to collaborate with Glen Velez and Layne Redmond arose after the two American musicians visited Spain during a series of seminars on frame drum techniques in 1985. Having met Glen Velez some years before in Madrid whilst Glen was performing with the Steve Reich Ensemble, Suso Saiz and Glen Velez quickly formed a strong friendship over their mutual love of non-Western music and the potentials of repetition within music. The two would play, talk and drinks for many hours in Suso’s studio space whenever Glen was in Madrid.

During one such session in 1985, Glen and Suso would be joined by Orquesta De Las Nubes and Spanish friend and musician Miguel Herrero. With exciting new ideas flowing quickly and easily, Suso decided to immediately call Track Studios in Madrid to see if they might have a space to record some of the material. With just a few days available the group would record for about 12, with what Suso would describe as ‘incredible fluency’, by which time they would have recorded the album they would later title Música Esporádica.

After its release 34 years ago Música Esporádica sounds as stunning as ever and Music From Memory are delighted to be able to share the fluency, spontaneity and close friendship which fuelled the recording of this amazing album.