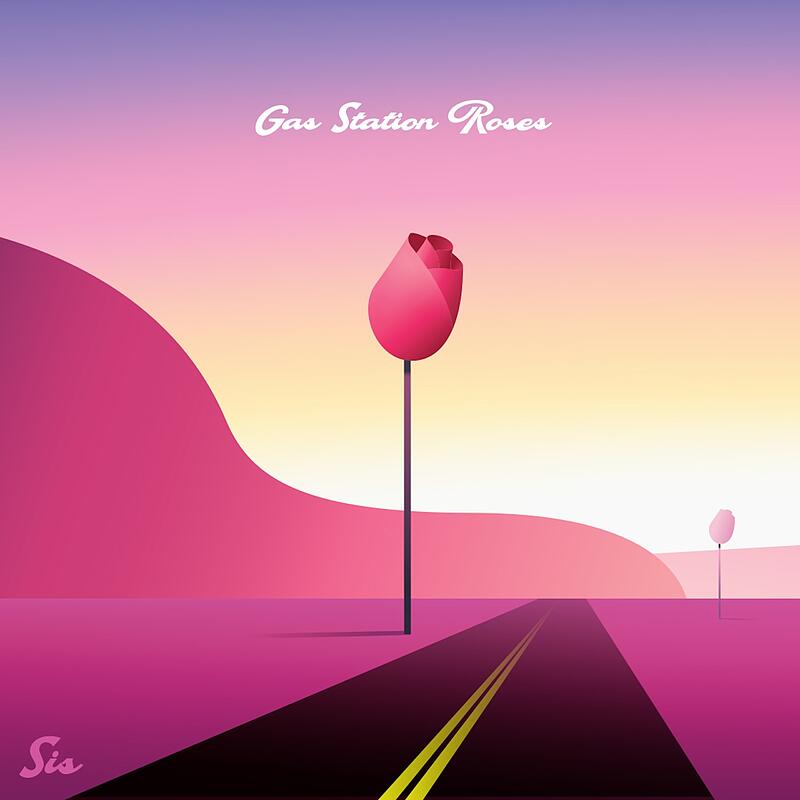 Gas Station Roses, Sis’s second full-length album, is the Berkeley-based band’s devotional document of six weeks spent in the dream zone of the studio. Lovingly made, with earthen percussive elements, chance technique, inside a glimmering forest full of synths and guitars, the album reunites Sis for their most assertive musical statement yet.

Originally envisioning a quieter acoustic album to complement the darkly swooning r'n'b of their debut album Euphorbia (Native Cat Recordings 2018), once in the studio, the band started playing each other songs by other artists before getting to work on anything, such as “Shadows from Nowhere” by the obscure dream-pop 80s band Blue Gas, the feminist and funky album Raw Like Sushi by Neneh Cherry, and the anthemic weirdness of Toto. It seemed, rather than head towards quietude, the band was keen on recreating the dramatic, layered beauty, the dance-ready grooves and big moments of 80s-era recordings. Unabashedly drawing from the well of that musical era’s emotional yet funky potency, you can hear Blue Nile, Grace Jones, Talking Heads and Peter Gabriel in the elegantly shifting soundscapes of the album.