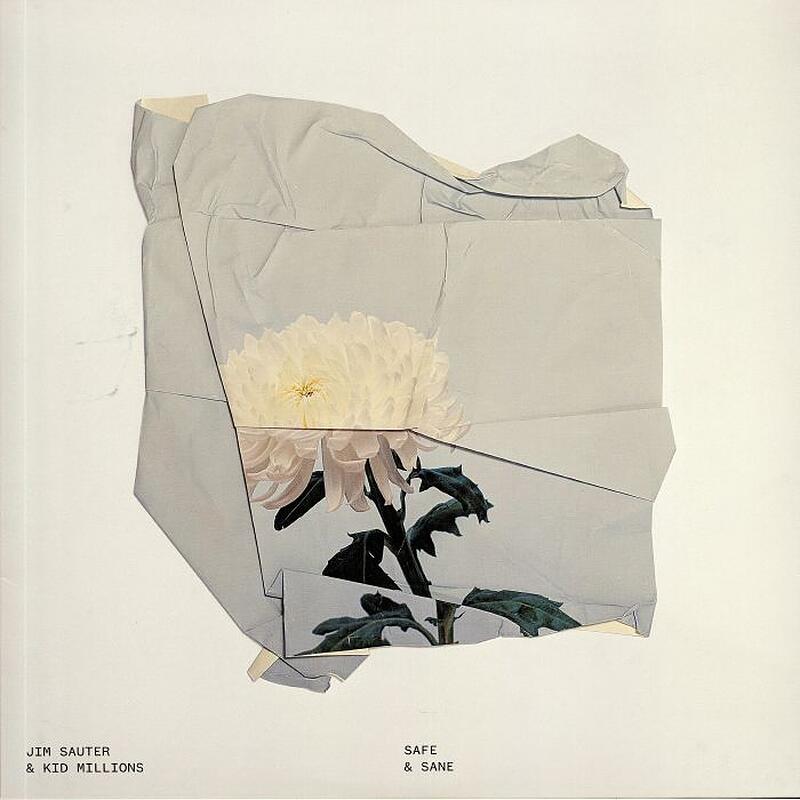 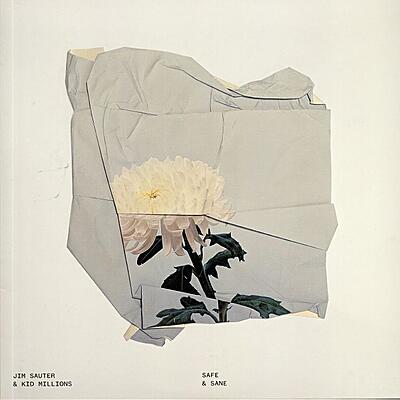 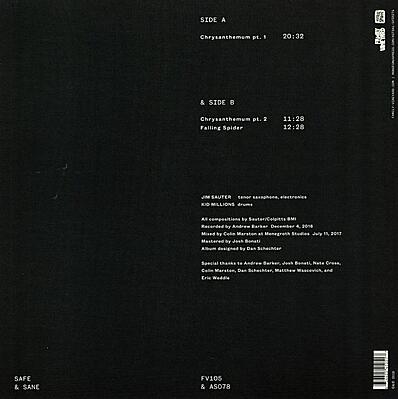 Outrageous. Rabid. Explosive. #WTF? Whatever words you throw at BORBETOMAGUZ saxophonist JIM SAUTER and ONEIDA / MAN FOREVER drummer KID MILLIONS, they’ll chomp ‘em up and respond with a gargantuan roar to expunge all notions of what a horn and skins can do. The duo’s prior albums were built of tightly, clustered bursts and barbed assaults. On Safe & Sane, Sauter and Millions eschew brevity for ultra-endurance. The opening “Chrysanthemum,” clocks in at 32 minutes and continues on Side B before a final 12-minute avalanche that is “Falling Spiders.” Sauter’s blowhole is jacked straight into a battery of electronics and amplification. He summons the reedy, shifting drones of the hurdy-gurdy or Hendrix’s scree, and spits forth monstrous overtones. Those sheets-of-sound Coltrane chased after—it’s here. Millions doesn’t even attempt to nail down the flow. He’s egging it on with rapid rolls and polyrhythmic propulsion that smears the line of fire/energy music—think classics like Black Beings—and primitive punk fury. At times, it’s as if Millions is outrunning Sauter’s tornado of multi-channel horns but he never gets sucked in. Rather, he pounds holes and slices cracks across the landscape for the reed streams to slip inside.