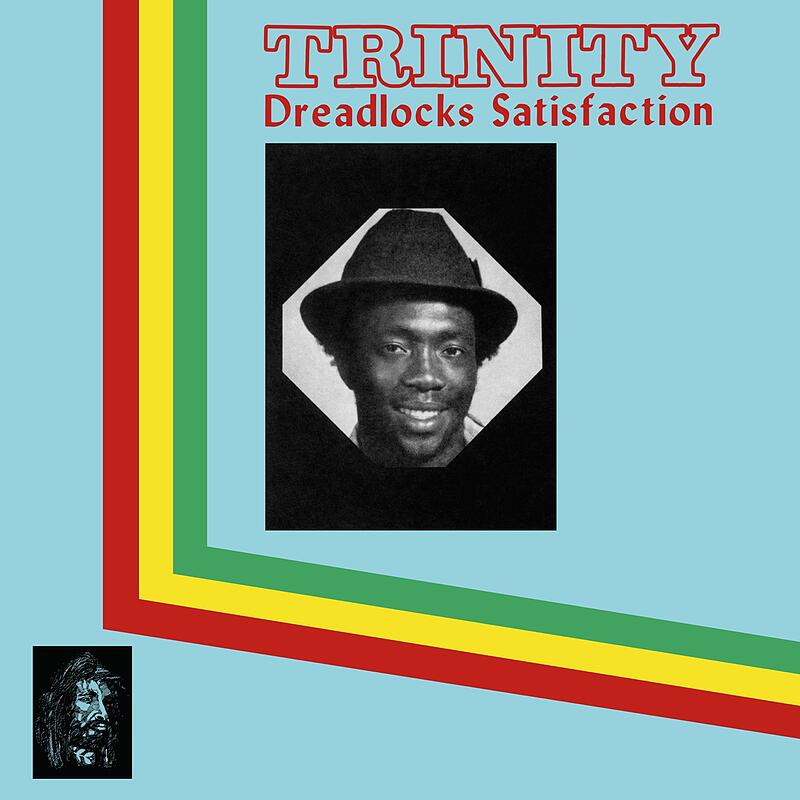 The reggae artist known as Trinity is one of the music’s best-known rappers, known in Jamaica as “toasters” or “deejays” for their key work at the microphone on sound systems. Born Wade Brammer in1954 and raised in the tough streets of the Two Mile ghetto in western Kingston, an early preoccupation with the toasting styles of U Roy and Big Youth kept him away from crime, leading to a debut single as Prince Charming and more solid early work released under the name Prince Glen. Bonding closely with fellow deejay Dillinger brought another name change to Trinity at Channel One studio, which enabled his debut album, Shanty Town Determination, produced by Yabby You, and subsequent breakthrough material for Channel One and Joe Gibbs, the latter releasing “Three Piece Suit,” the blueprint for Althea and Donna’s “Uptown Top Ranking,” which would catapult Trinity to international stardom. Dreadlocks Satisfaction was produced by Bunny Lee for his Jackpot label in 1979, placing Trinity’s witty raps over some of Bunny’s most unusual rhythms, including alternate, rockers-styled Johnny Clarke takes of The Isley Brothers’ “This Old Heart Of Mine” and The Tams “Riding For A Fall,” plus Cornell Campbell’s takes of The Sensations’ “Every Day Is A Holiday” and The Heptones’ “Why Did You Leave”; Trinity also salutes Dillinger on a recut of John Holt’s “Linger A While”.