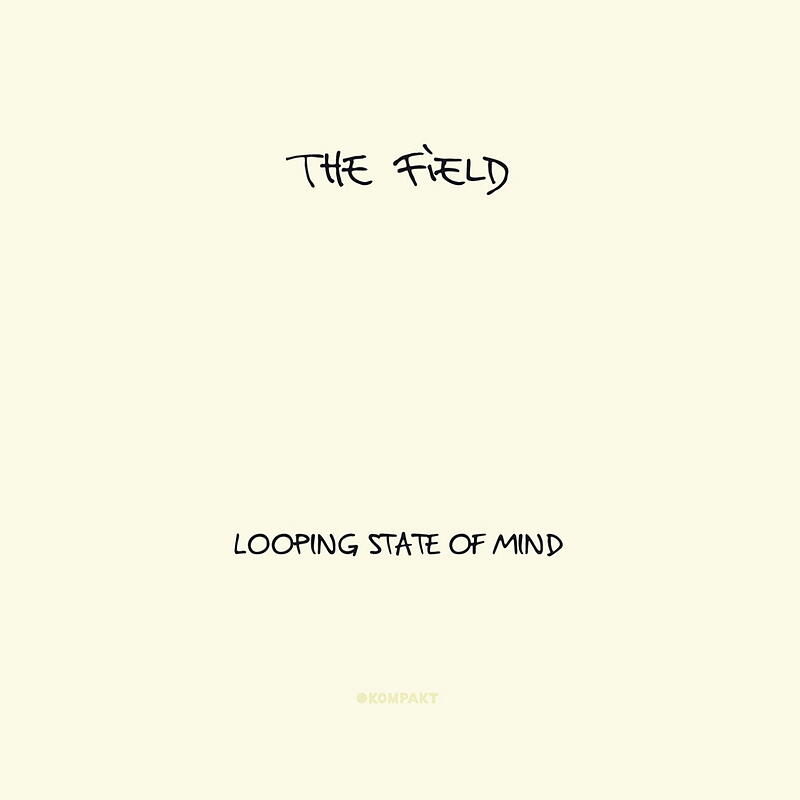 It's with the arrival of Looping State Of Mind that you finally realise that, for The Field's ambient techno explorer Axel Willner, the loop never stops. While fans and critics alike point to 2007's phenomenal debut From Here We Go Sublime – included in Pitchfork's Top 100 albums of the 2000s – and 2009's equally stirring follow up Yesterday & Today as standalone points of the Swede's music; it becomes clear that they appear as mere snapshots of what, for the producer, is a continual cycle of revolutions. Revelling in the warm recognition of their recurring patterns, imbuing conflicting twin senses of present and nostalgia, familiarity doesn't breed contempt; for Willner sees each loop as another chance to adjust, to build upon and multiply so that several of even the slightest nuances can combine to form a true aural evolution. So it is on this, The Field's third album, and yet so it has been too for the artist. Rewind three years and, plaudits from his debut LP still ringing in his ears and amongst resultant tours with LCD Soundsystem and !!!, he'd swapped his native Stockholm for the nocturnal utopia of Berlin's heady streets and clubbing scene. A major internal shift occurred meanwhile when he invited Dan Enqvist and multi- instrumentalist Andreas Söderstrom – since replaced with drummer Jesper Skarin - to turn his hitherto singular vision into a three-piece group. Yesterday & Today was the immediate reaction concocted by the alchemy of those events, gaining more plaudits and leading to headlining tours of Europe. Looping State Of Mind though is the strengthening of those bonds and ideas, the addition of Skarin in particular – Axel comments – "taking The Field to another level." "It's been evolving and it will keep on doing so," he says, in a statement that could be equally true of the group's music, "people come and go, adding their things to it, you change as well and so will the sound." It's this evolution that's notable in this new record, a move away from the more unblended techno foundations that encapsulated From Here We Go Sublime in particular. "Many of my old influences are still there," he admits, "German electronics, modern classical, shoegaze and so on ... but to be perfectly honest I now rarely put on a techno record at home or check out techno acts at clubs." Instead, previous ideas have been expanded upon and, more importantly, new ones added; vocal samples now creep around signature sound washes, whispering on the periphery; greater contrast has been added with acoustic instruments such as double bass and piano recorded amongst the samples – the result of recording of in the fully-equipped Dumbo Studios in Kompakt's home town of Cologne. Many of the initial sketches, however, still came from Willner himself at his home studio in Berlin, suggesting an embryonic growth to the creation process; "some of the ideas stretching back to the debut are still there," he says, cementing this idea of furthering the re-visited, "but we've just made a real attempt to grow the sound." The album was mixed by Jörg Burger aka The Modernist. What's truly evident – as has always done with The Field's music - is its evocative quality, how it can stir a half-image or memory of a certain time or event in its listener's past. To that end it makes the trio's output an open-ended interpretation; moods and feelings are provided, allowing the listener to then follow them towards requisite personal checkpoints – something made succinct in the album's title. "It comes from the feeling of having looping thoughts – both good and bad – in your head, and being unable to get them out," explains Willner, "but then, of course, my music is based around loops and repetition too." And so for The Field the loop keeps on spinning, a journey that may find no location yet is content to know that it's moving firmly forwards. This most recent snapshot that they've decided to take, however, is their most captivating yet.