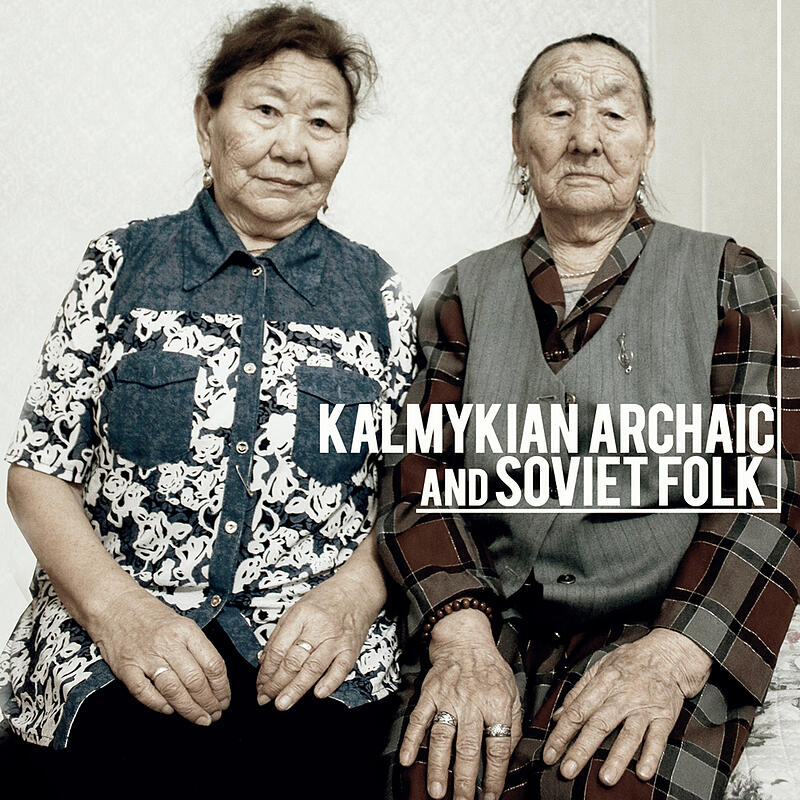 “In early November 2014 we went to Kalmykia. Our goal was the local “Dzhangar” epic. The epic genre, as one of the most archaic, can be called a basis for Kalmyk music culture. Not so long time ago among Kalmyks there were their own professional epic storytellers - Dzhangarchi who as a socio-artistic institute today are practically absent: repertoire of modern folk singers mostly consists of late folk art of the Soviet era. But as usual in our search we did not ignore these more recent forms of traditional music that allowed us to find very valuable material. One week spent in Kalmykia was filled with meetings and record sessions. And, as we see it, the most interesting and the richest one was the day spent in the village of Bulgun (officially known as Troitskoe).

We met up with Maria Beltsikova and Tatiana Dordzhieva in this village. The energetic and charismatic grand mammas are winners of various music competitions, in the recent past they have been frequent guests of national holidays and official events. In addition both of them are self-taught grown up in conditions of respect for traditions. On the day of our meeting we were able to record more than twenty songs. In the repertoire of Maria and Tatiana there have been religious Buddhist songs, droning laments, ceremonial wedding songs, heroic ballads about Kalmyks in the Patriotic War 1812, and, of course, Soviet folklore. The songs of the “red” period was presented with a variety of songs: praising the Communist Party and workers of the collective farms and songs about the deportation of Kalmyks in 1943-1944.

Tatiana and Maria know well this period of time - with their own bitter experience: with their relatives and neighbors they were deported to Siberia. Also this album contains several songs composed by Tatiana Dordzhieva. In addition to the a-capella performance, in some of the songs you can hear traditional Kalmyk dombra playing. Maria Beltsikova is the person playing this instrument.”