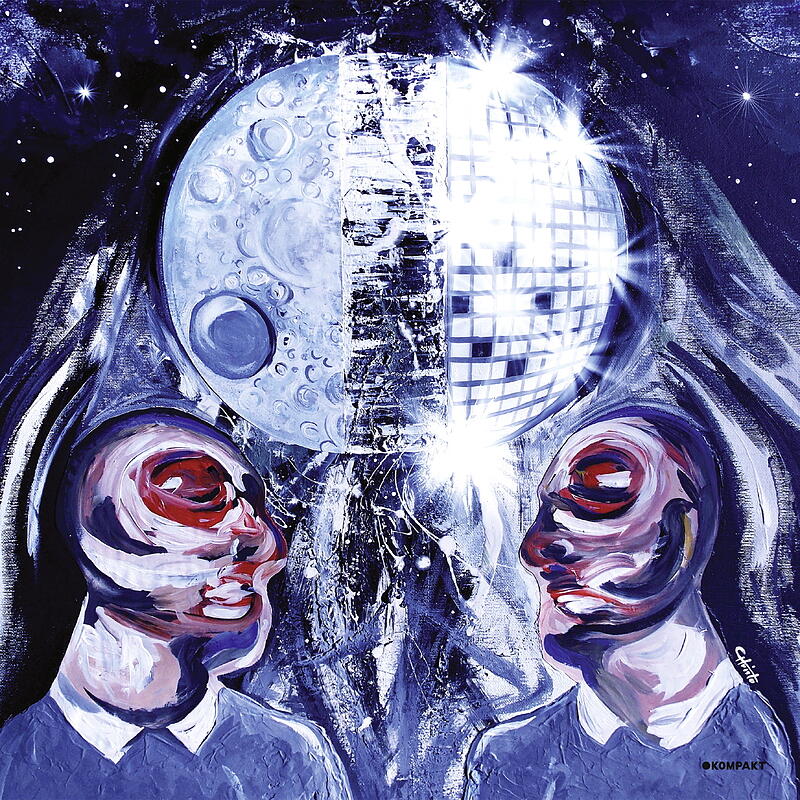 Veritable pioneers of electronic music, iconic act THE ORB returns to Kompakt with the new full-length MOONBUILDING 2703 AD - another major slice of psychedelic synth bliss, obscure loops and deep ambient textures tossed in swinging breakbeats and powerful basslines. Installing a forward momentum rather unusual for a genre-defying project like this, the latest effort from masterminds Alex Paterson and Thomas Fehlmann follows their 2005 album success on Kompakt, the cheekily named "Okie Dokie It's The Orb On Kompakt" (KOMPAKT CD 45), as well as several contributions to our Speicher and Pop Ambient series - but more importantly, it finds the legendary duo at the peak of its creativity, ringing in another essential phase in what can only be called a ground-breaking career.

True to form, the new offering MOONBUILDING 2703 AD features a small track list, but turns each one of its four cuts into a mini epic in its own right. Opener GOD'S MIRRORBALL hits the ground floating, employing a handful of cozy statics to great effect before finally discharging into an intricate mosaic of atmospheric melodic sketches and gripping rhythms. With a hypnotic runtime of more than 14 minutes, it immediately establishes

a blueprint for the other album tracks to follow, perfectly illustrating the vast extent of the artists' vision and their impressive skills in luring in listeners - welcome to THE ORB's sonic labyrinth, where nothing is what it seems and the unexpected waits just around the corner.

Likewise, follow-up track MOONSCAPES 2703 BC presents itself as a uniquely versatile affair sitting comfortably between ambient flourishes and beat-driven focus, holding as many twists and turns as a caper movie, but carefully grounding every single one of its cliffhangers in its impeccable flow. With a runtime of approximately 9 minutes, LUNAR CAVES is the shortest jam of the bunch - and also the most ethereal, keeping its rhythmic content to a bare, pulse-like minimum and opting for enticing, freewheeling synth textures instead. Album closer and title cut MOONBUILDING 2703 AD introduces a surprisingly jazzy vibe mingling rather well with the

wealth of electronic tricks up its sleeve - even indulging in abrasive bass sweeps and a breathtaking multitude of different rhythm sections constantly switching places. It's a fitting closing act for a full-length as multifaceted as this, as idiosyncratic as possible and as muscling as needed.