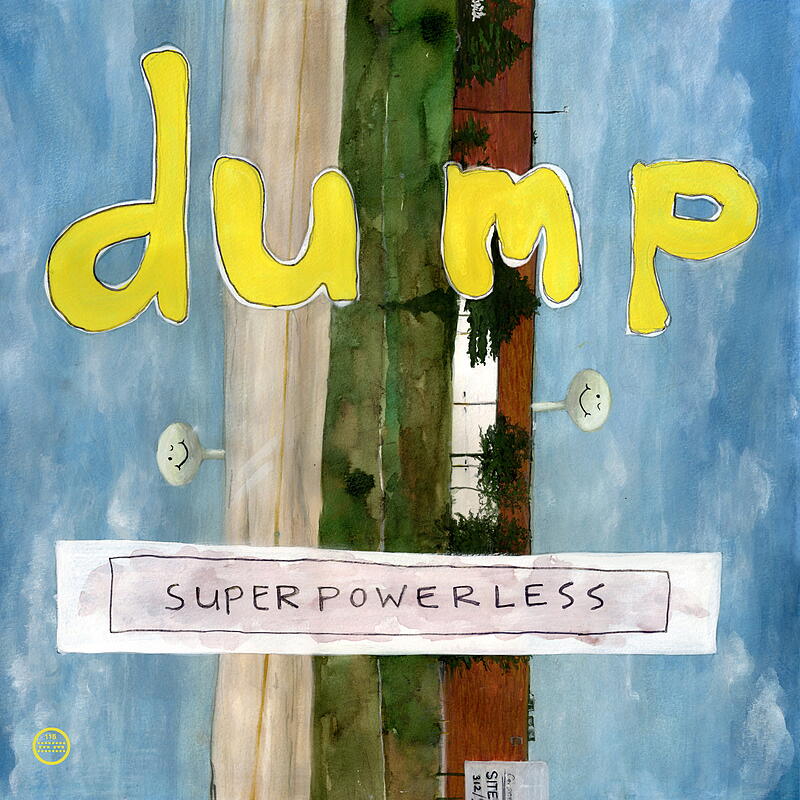 Double Vinyl Version in Heavy Cardboard Gatefold Cover & Printed Inner Sleeves includes free download! Some people complain that friends today are made with mouse-clicks. As if it was more personal in the 90s. James McNew for example became a good friend of mine in 1994. Never mind I hadn’t even talked to the guy - hell, he covered Jandek AND the Silver Apples. We had so much in common! James McNew is a fan boy. If the name-drop-list ranging from Albert Ayler to Young Marble Giants included with his first 45 didnt tell you that, the blazing in his eyes when a name like the Shaggs was uttered, certainly did. Yet McNew is not obsessed with obscurity but with music. When his debut album „Superpowerless“ appeared in 1993, the choice of covers ranged from Sun Ra to that tune Audrey Hepburn serenaded to millions of movie watchers, „Moon River“. While McNews high, sexy voice might be „superpowerless“, his ears certainly are not. It’s been the intimate sound of a 4-track-recorder that tied these different angles of his eclectic taste together. Yes, Dump was part of the Lo-Fi-generation. Nothing makes that clearer than the bonus tracks to his follow-up album „I Can Hear Music“. Recorded during the infamous dutch Fast Forward Festival in 1994 in – naturally – a living room, it contains all that was great about the few short moons of tape-hiss: colaborations triggered not even remotely by virtuosity (had Chris Knox ever played trumpet before that afternoon?); cardboard boxes as bass-drums; the victory of enthusiasm over perfection (have Half Japanese been covered with more emphaty?); Barbara Manning. The only thing that wasnt quite right about these first two Dump albums, was the format. But as justice doesn’t know age, it’s good to see these CDs finally being pressed on vinyl! They deserve it. After all, James is a friend. Did I mention he’s playing bass in Yo La Tengo? Gregor Kessler, Hamburg, December 2012 Liner Notes The Tascam Porta-05 was a great 4-track cassette recorder. Solidly built, with a sleek and compact, vaguely-futuristic design. DBX Noise Reduction (on or off) was a pretty sweet feature. LED meters were hot, too. I got mine in 1987 at Charlottesville Music, in my hometown of Charlottesville, VA. The 4-track was the self-fulfilling prophecy of the only child: I recorded and bounced track after track of guitar, singing, any number of improvised junkyard placeholder percussion, whatever, all by myself. Who needs friends! Aside from the previously-mentioned DBX, there were no frills on the Porta-05, so what you recorded was what you got. I couldn't have cared less about how things were supposed to be mic'ed or recorded. Record drums in stereo? And burn 2 tracks? What am I, Pink Floyd? I was obsessed with the process, it was endlessly fun and I thought it sounded awesome. When I joined the band Christmas and moved to Providence, RI in 1990, I brought the Porta-05 with me. I started making up songs and recording covers in my room for fun, hugely inspired by the output of Chris Knox/ Tall Dwarfs, Daniel Johnston, and Half-Japanese; not just the songs, but the sounds. My limited experiences in proper recording studios had been baffling and intimidating. Why bother? It was expensive and it took forever, and it didn't sound as good or feel as urgent as this music I loved. It made more sense to me if someone recorded a song in the moment by themselves, and got it to me as soon as possible. Also, I was 22. Anyways, I kept making tapes. Speaking of tapes, I remember trading a roommate my copy of one of those "Dope, Guns, & Fucking In The Streets" comps on Amphetamine Reptile for a box of blank Maxell XLII-s 90s. Still feeling pretty good about that. Speaking of roommates (they were VERY NICE PEOPLE and there's no way this doesn't make me look like a jerk, I know), a few of mine were in a band whose name I didn't care for; I concluded the opposite of their band's name was "Dump," just the most stupidly negative thing I could think of. Good for me. Wasn't that how The Beatles came up with their name? I think it was. I began playing in Yo La Tengo and moved to Brooklyn in the summer of 1991. I was recording a lot, exclusively for my own amusement. Eventually I played some of the things I'd been recording for my fellow fanzine writer and friend, Tom. He suggested I release a Dump EP... and then he started a label, and released it as catalog #001. We then made one of the great early 90's decisions: to hand-color all 1,000 sleeves ourselves. As payment for the single, Tom gave me a Casio CT-60, which appeared on every subsequent Dump release (its first use was on "Bunny Boy," from the I LIKE WALT! compilation EP, included here). While on tour in Europe with YLT I met Fred, who ran Brinkman records. He wrote me after the Dump EP showed up in his record shop, Waaghals. Fred asked if I had any new recordings, and encouraged me to make an album. This album, in fact. Hey, see how nicely that wrapped up? (end of part 1. To be continued in the liner notes for I Can Hear Music: de-magnetizing and maintaining your Tascam Porta-05) James McNew, Brooklyn, NY, Summer 2012