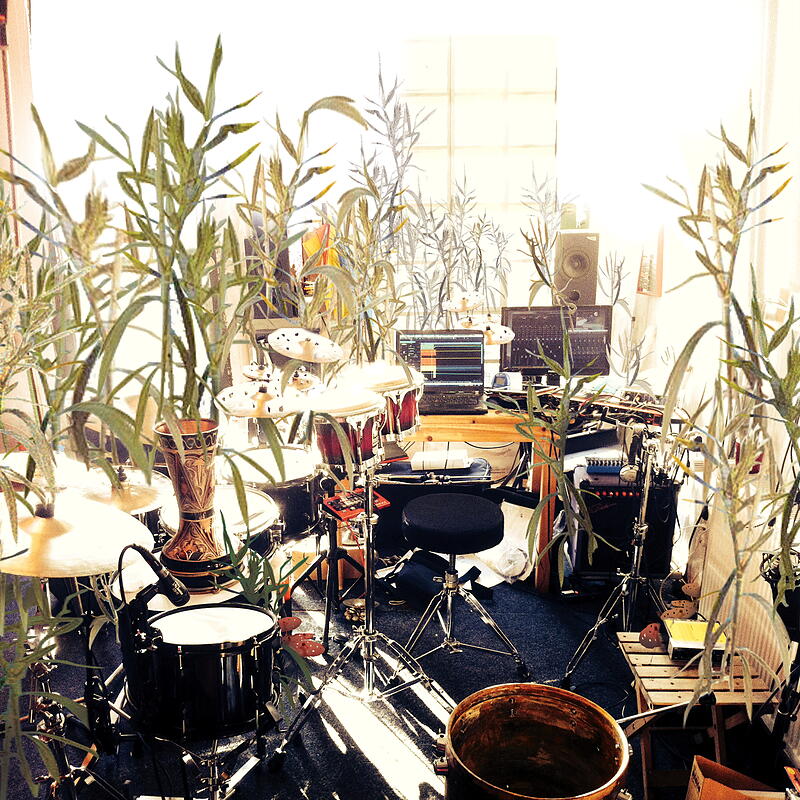 So far, so Giraffe: for a while the Hamburg based project Giraffe loved short musical expressions. On their debut album “Juni” for the Belgium label Meakusma, most tunes stopped living after three minutes.

On their latest recordings for the Berlin based hard to pigeonhole label Marmo, they took the epic road and produced two arrangements that drift long and adventurous. A stretched musical path, that makes their outcome even more magnetic, more bewitching.

With Climate a new member becomes part of their ongoing mission to find new sounds beyond cliché-ridden textures. Jürgen Hall, who joined Charly Schöppner and Sascha Demand some time ago for their aim to create sounds, that do not want to belong to any kind of genre, enlarges everything with new textures and melodic twists, that makes the sound of Giraffe more outernational and enables the group to shape deeper sounds through a free-wheeling improvisation.

As all three musicians can look back on a long tradition in writing and playing avant-garde music and beyond, they unconsciously know how to avoid stereotypes. Their music is unwritten written. Some parts are ideas that Sascha could have created on his e-guitar, Charly could have punched on his drums and percussions or Jürgen could have tuned in on his keyboards and electronic devices. But as for Giraffe ideas are just the starting point of a journey, they start to improvise around them, without making real improvised music. To say it in their own words: Giraffe improvises and composes ideas and principles. All live and direct in the legendary “Le Garage” studios in Hamburg. All made without any archetypes. Without any reference and foremost without any exchange value. It`s strictly utility value music.

Words cannot express its meaning. Notes cannot spell out its score. For Marmo the trio did not only tune in two epic dateless trips that you should date. They also got remixed by Berlin-based Italian producer Marco Shuttle, who transformed their music into a percussive club track that stays calm without forgetting to explode gently. A gripping, detailed gathering of tones that distribute some otherworldly wonderment with passages of polyphony and polymetric juxtaposition over an un-fixed rhythmic cycle. If you join the music, their frequency modulations and rhythmic pulsations will change your very own torso climate for good.