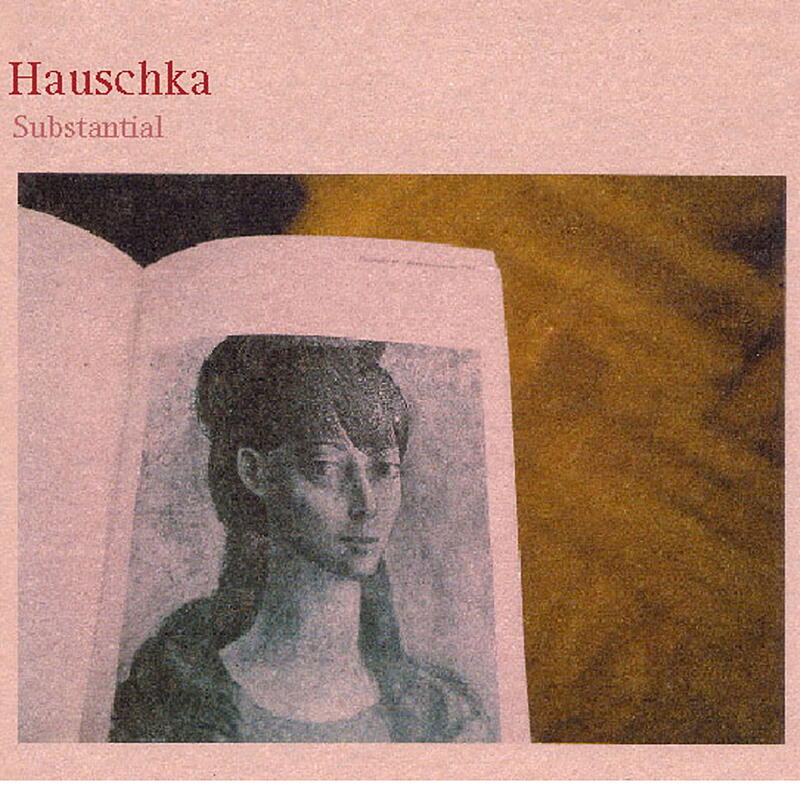 Don't shoot me, I'm only the piano player. The Scene: The Welsh mountains, remote and harsh, a special place. A good place to produce a special album. The characters: Volker Bertelmann in his friend Adam Fuests' studio, equipped with only a piano and a laptop. The Project: To record a album of piano music. Title: Hauschka. Piano music is highly personal music, which is the reason why piano solo albums occupy a particular place of importance in a musician's work - not that Volker Bertelmann wants to hype his first foray to that extent, hence the pseudonym. Nevertheless Hauschka is personal music, simply because it has accompanied him for so long, because it has always been there in some shape or form, because it has always been important. The title points to the fact that it is dealing with something of import, not just a few finger exercises or background ivory-tinkling. "Substantial" is a snapshot of a life spent with the black and white keys, and is simultaneously both moment and history, thought and feeling, yet without turning into a unduly meaningful concept album. Rather, "Substantial" is based upon the least conceptual of all concepts: Improvisation. Each track is based upon an opening sequence, the theme of which is extended, modulated and varied with, as far as form or length is concerned, no specific objective in mind. What has come out is music of a differing, well, substance: Eleven atmospheric pieces in which a variety of different techniques overlap and rhythmical images with narrative depth unfold; in which further instruments, such as double bass or vibraphone make a fleeting appearance, at once lending a hint of pop, but at no time detracting from the piano as central instrument; in which experimental and electronic music is accessed without compromising the directness and ease of the improvisational approach. The confluence of Bertelmann's multiple musical personality can be apprehended here: Whilst the pop-oriented musician plays the melody, the electronic producer gently experiments with sounds, leaving the pianist quite literally to manipulate the piano, - plucking the strings with a plectrum, dampening them or bowing them lengthways to achieve a variety of percussive effects. Following the recording, the tracks were adapted, supplemented and finalized. Using multi-tracking, up to four piano tracks were superimposed, electronic sounds from the laptop added, as well Stefan Schneider's bass (Mapstation, To Rococo Rot, Music A.M.) on three tracks. "Substantial" is a recollection of the foundation of a musician's life, drawing upon the roots of diverse projects and releases over the past fifteen years (God's Favorite Dog, Nonex, Tonetraeger, Music A.M.). Hauschka is yet another facet of Bertelmann's palette, not a change of direction. There will be more pop records like the recent Quatermass release Music A.M., a project together with Stefan Schneider und Luke Sutherland (Ex-Long Fin Killie); there will be more electronic record releases together with club tracks by Tonetraeger, the project with Torsten Mauss and there will also be more Hauschka records - after all, life as a piano player has substantially more playing time than can be squeezed onto one album.