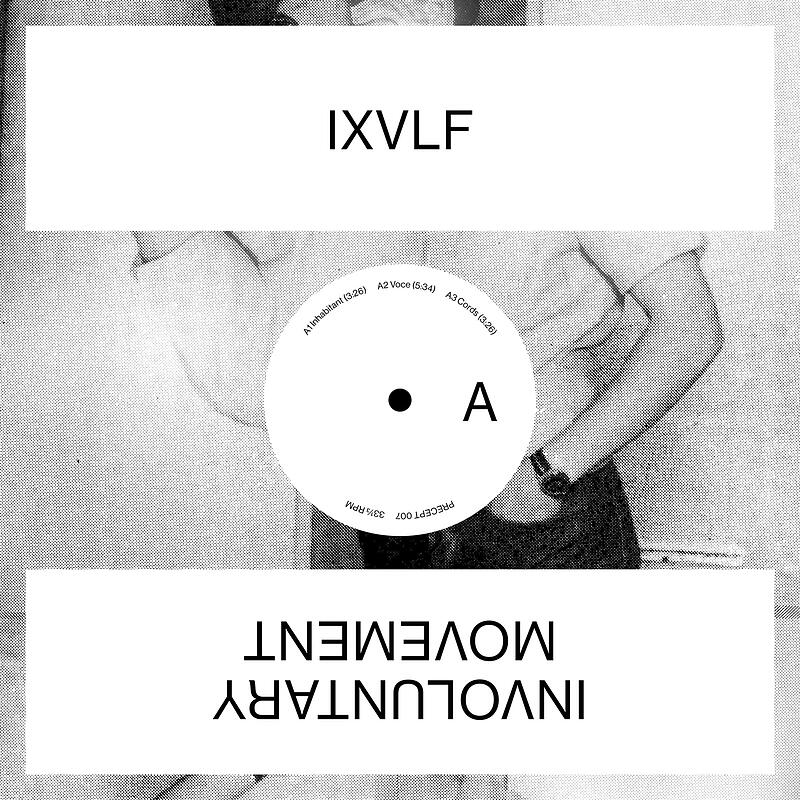 IXVLF is back at it again following the Language Of mini-album released earlier this year as part of our ongoing tape series. Pushing it further from where we last left off, Connor Clasen’s vinyl debut reflects our ever growing desire to re-interpret club music in its most primitive and cartilaginous nature. While cleverly obscuring any reference to a specific period of time, Involuntary Movement shows a sense of the American-based producer stretching disorienting imagery over the existing landscape of proto-industrial — matching the visual interpretation of Ailsa Ogden undertaking the artwork by way of a new collaboration to be expanded over a handful of releases — where unpolished synthesizers and rhythm machines collide and bawl in a controlled crash. It is an exercise of existing in various states of detachment; a fixation on mechanical repetition and unpredictable behaviors through the haze of helium laughter. Definitely one for the animals.