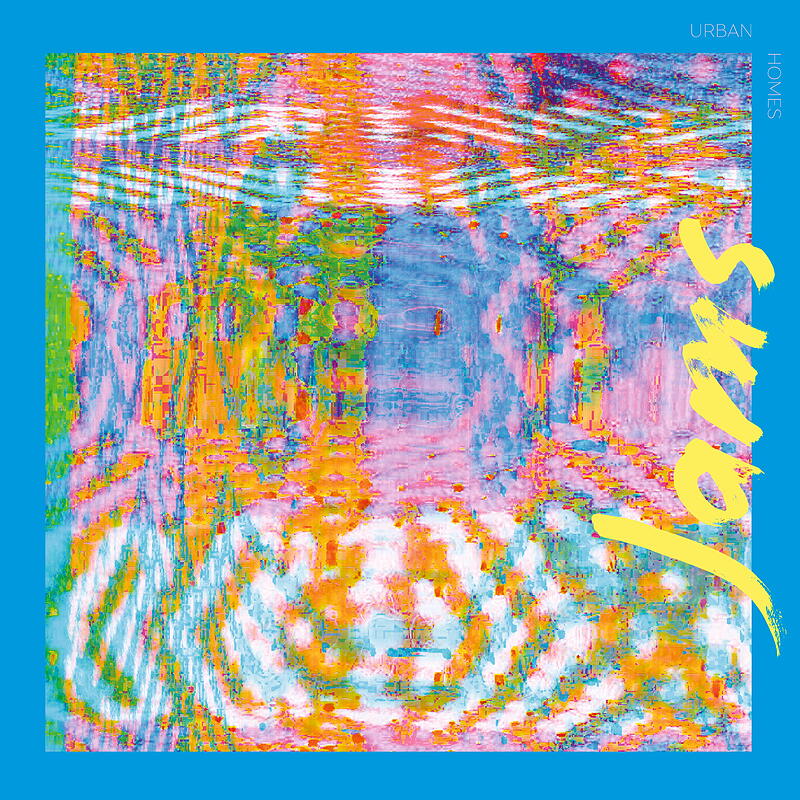 On two 12"s and over the course of a staggering 78 minutes, big things are happening on "Jams", Urban Homes' monumental sophomore album. The highly ambititous attempt at a certain history of dance music, a sweaty night on the dancefloor, an excursion into the fog...But one thing at a time: The 13 Jams go back to recordings of years of communal, midi- and hardware-based jam sessions which, over three years, were painstakingly discarded, refined, condensed, reconstructed and provided with occasional guest vocals by Hanitra Wagner (Oracles, Die Heiterkeit). The album was mixed by Jan Philipp Janzen (Von Spar) at Dumbo Studios, mastered by Cem Oral at Jammin’ Masters. Sonja Deffner (Die Heiterkeit, Jason & Theodor) is responsible for the stunning gatefold artwork.

On "Jams", Benjamin Riedl, Stephan Weinand and Oliver Bersin explore a history of dance music that is retraced in the 13 tracks: The seemingly clear cut references in titles such as "Verdub Lang Her (Stripped Down Killer Dub Jam)", "Blue Note Jam" or "As High Acid Can Get (:-)Jam)", however, are not to be taken as letters of intent, but—despite the playful handling of genre conventions and clichés—as hommages to the immaterial architecture of the club: the atmosphere, the vibe, the jam. In its rich texture, the dramatic composition of "Jams" reconstructs the resonance space of an excessive, foggy, and steamy night at the club, thereby approaching its point of interest. Despite the clear club compatibility (each of the 13 tracks will work on a dancefloor worth its salt), Urban Homes do not shy away from sticky harmonic arrangements and melodies that are bound to be called "pop". They do however, and this is one of the points of this great album, avoid any overarching narrative of organicity or authenticity which might refer the record to a context of "indie" music. Unlike the acclaimed and award-winning debut "Centres", which wore the socialization of the (previously four) Urban Homes on its sleeve, this is rootless, nomadic music that is in the most beautiful sense out there. So far out there, in fact, that we seem to make out figures such as Pharaoh Sanders or Sun Ra through the ever-present (see titles such as "4/20 Jam" or "Summer Rolls [Midnight Munchies Jam]" for reference) fog.

What seems so effortless, casual and relaxed over the entire run time, finally, is in fact merely evidence of the band’s musical mastery and precision: The staging of gaps, the fraying, dripping track ends and its general weirdness is part of the modeling of the history of a music that formed without a "quantise" command.