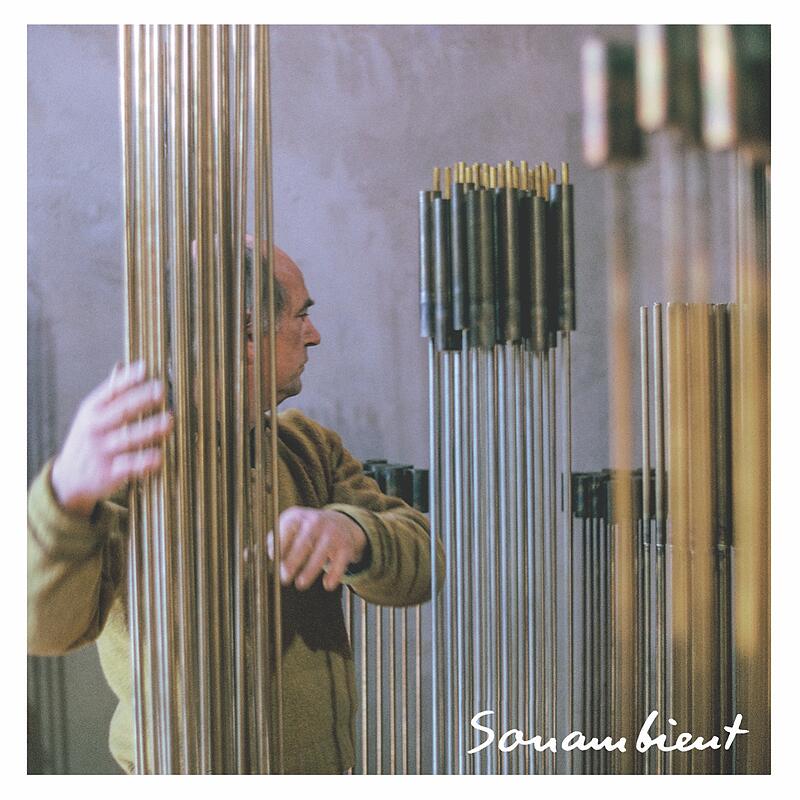 When Harry Bertoia's Sonambient label was resurrected, our intention was to tell the story of Bertoia's groundbreaking Sonambient work as revealed through his extensive collection of notes and recordings. When the first new LP was released in 2016 we were only in possession of 1/20th of the archive. Now, in 2019, we're excited to release the first LP of new material from the full archive and we present it to increase understanding of what Bertoia was doing in his sound-barn deep in the Pennsylvania woods.

The recordings contained on this LP were selected because of their relationship to Bertoia's body of recorded work. The titles are from from Bertoia's notes which Bertoia placed in each tape box, indicating date and describing briefly. Like his sculptures, Bertoia never titled his recordings but frequently referred to specific concepts he was pursuing. These are among the earliest known examples of Bertoia using terms which would become more common in the years to come: "experimental," "mechanical" and "long sounds".

Very few of Bertoia's early experimental sessions survive on tape: he did not record many and often erased those he taped. Most were not recorded and those that were recorded were often erased. Those that remain, however, offer fascinating insights into how Bertoia likely worked in the barn when the tape machine wasn't running. Although he left behind hundreds of tapes, one can only begin to imagine the amount of unrecorded sessions that took place in Bertoia's barn.

Experimental I shows the artist stretching out, in no hurry and avoiding any bombastic explosiveness. We imagine Bertoia looking around the barn much as he is seen on this album's cover; searching for the next sound in his forest of metal wires. Unheard combinations of sculptures, percussion and long strummed sections make this recording unique. This piece has a an effortless, natural flow.

There appear to be at least 10 tapes from 1969-1975 that Bertoia noted were “Mechanical.”. Bertoia thought of his sculpture as a collaboration with industry since the diameters of his rods were, ultimately, determined by what was available from the factory that manufactured them. In that sense, Bertoia's music could, quite literally, be considered industrial and this piece has the metallic rhythms of a factory pulsing through it.

Long Sounds I (CD only):

Bertoia mentions "long sounds" often in his notes. It's likely he used this phrase to describe the moments when he would allow a gong or tonal sculpture to reverberate and decay. As a result, passages or entire tapes where this phrase is used tend to be more spacious and reverberant, slower, calmer, grounded. Bertoia rustles up big bursts of sound and then lets them slowly recede, analyzing the results and considering the possibilities of including them in his sonic canvas.