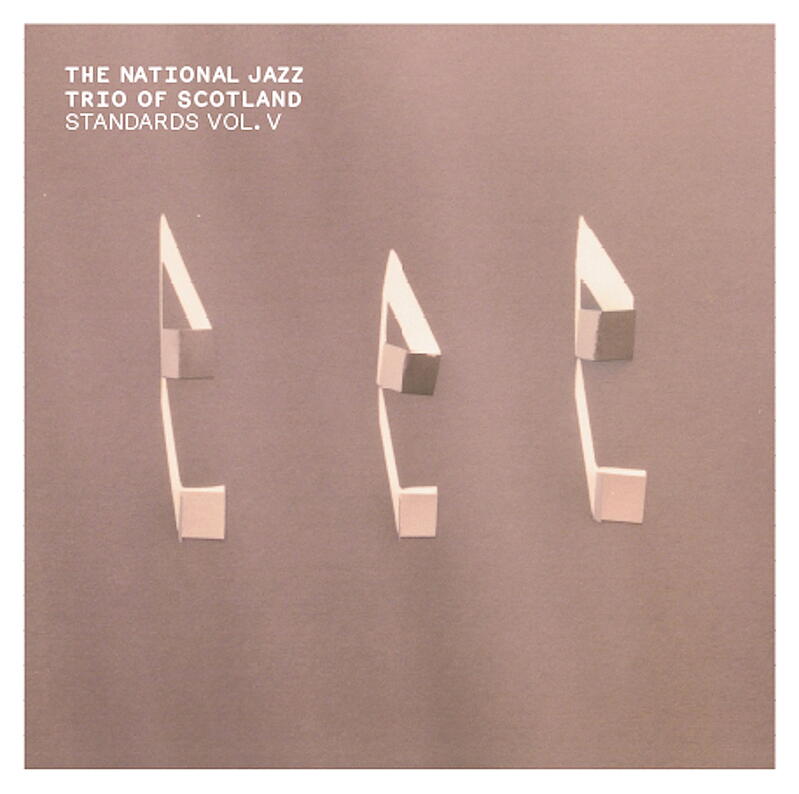 A masterclass in nuance, interpretation and the purifying power of the human voice, Standards Vol. V represents another captivating chapter in the career of a singular figure in contemporary music.

For his fifth album as the mischievously named National Jazz Trio Of Scotland, the prolific jazz outsider Bill Wells posits yet another collaborator in the diffuse light cast by his tender chord shifts and understated arrangements. Where Standards Vol. IV spun around the vocal talents of Kate Sugden with contributions from Gerard Black and Aby Vulliamy, the voice on Standards Vol. V is that of Black, whose other musical activities include the band Babe, François And The Atlas Mountains, Rozi Plain and Charlotte Gainsbourg.

For much of Standards Vol. V, Black’s unstained tenor is the paint with which Wells fills the canvas on songs including four originals – among them the beatific wordless chorale Gradual Inclination and the contrasting So Much Power, an energetic stomp propelled by keyboard brass and drum machine – and versions of songs from the musical Fiddler On The Roof and George and Ira Gershwin’s Of Thee I Sing (Sunrise, Sunset and Of Thee I Sing respectively).

As ever with Wells’ work, whether under the NJTOS monicker or his own name (which typically appears alongside those of collaborators including Yo La Tengo, Jim O’Rourke and Annette Peacock), the melodic and lyrical elements are embellished with jazz-accented piano, samples and keyboards, with minimal rhythmic accompaniment other than electronic percussion.

Adding to the intrigue on Standards Vol. V are a new arrangement of the Scots/Irish ballad I Know Where I’m Going (from which Michael Powell and Emeric Pressburger took the title of their 1945 film of the same name), an entirely new musical interpretation of Sigh No More Ladies from Shakespeare’s Much Ado About Nothing and the album’s appropriately named finale, A Quiet Goodbye, with words by Aidan Moffat, Wells’ partner on Everything’s Getting Older (2011) – winner of the inaugural Scottish Album Of The Year award – and follow-up The Most Important Place In The World (2015).