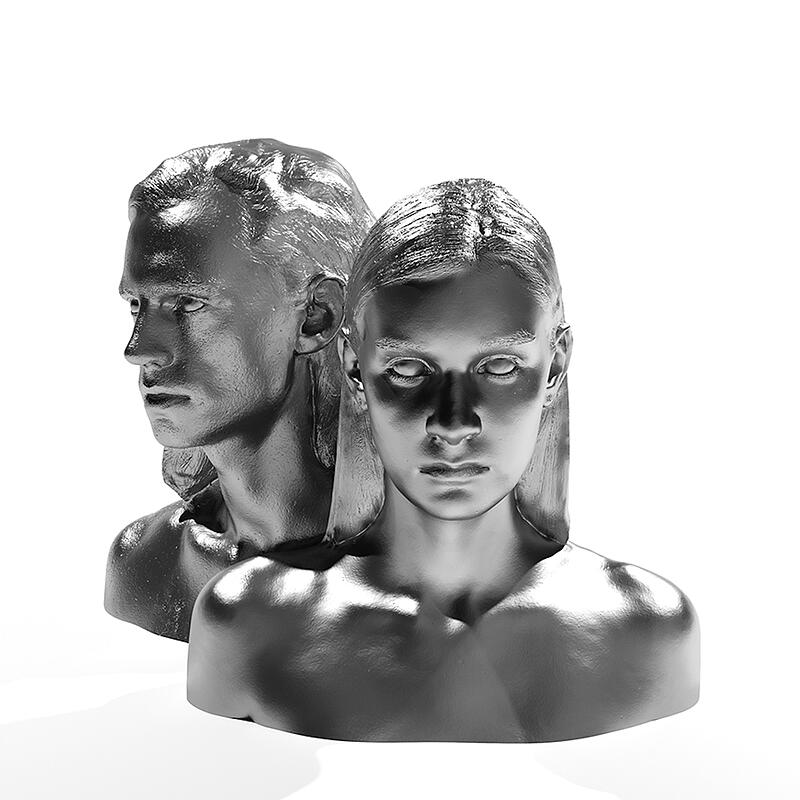 When Lindsay Pitts and Clifford John Usher first met, their connection was instantaneous. That bond still fuels their art. As GEMS, they self-released the Medusa EP in 2013, a debut with a remarkably mature sound. On Medusa, Lindsay’s haunting and deeply emotive vocals provide the backbone for Clifford’s dark and dreamy production, balancing gauzy atmospherics with emotional heft. That mix finds new tension and release on GEMS’ first full-length album, Kill the One You Love. The record more deeply indulges in the group’s evocative shadow pop, influenced by R&B production and shoegaze. At the core of GEMS’ music is existential longing. Lindsay and Clifford try to capture the intangible and they arrive closest with Kill the One You Love. “Music is a never-ending process of learning and growing and reaching,” Clifford says. “Of stepping outside of what is familiar and moving into a place where there aren't answers.”

Since the project’s inception, GEMS have matched their visuals to their music, favoring grayscale imagery that’s equal parts elegance and sparsity (à la Antonioni). Kill the One You Love offers their sound as the true root of this aesthetic—stylistic restraint that, though stark, remains flush with emotion. The album opens in Art of Noise territory with “Blood Runs” and “w/o u,” unhurried mood-setters with a chill-out sense of liltingness and club-friendly low end. Songs like “Scars” and “Tangled Memories,” with their delayed chords, ethereal vocals, and clean guitar lines evoke early Cocteau Twins. “Soak,” “Heartbreaker,” and “White Light” integrate urgency and climax, reaching great heights with heavy, distorted guitar and vocal mutations. Lindsay’s lyrics wrestle throughout with the difficulties of being close to another. “Can you make me whole?,” she asks on “w/o u.” Between doubts and confirmations on “Soak,” she offers “I am your water to float in.” GEMS are searching for that ray of light in the darkness. Kill the One You Love is an album of hurt, longing, and the beauty found in that space between. It’s music for the heartbroken but hopeful.

When Lindsay Pitts and Clifford John Usher first met, it felt as if they’d known each other in another life. They began collaborating immediately, and in 2013 released Medusa, a collection of songs with a remarkably crystalline vision. Lindsay’s haunting and deeply emotive vocals provide the backbone for Clifford’s dark and dreamy production, balancing gauzy atmospherics with emotional heft.

GEMS’ music is very much about the transformative power of song. It embraces pop’s form and structure, as well as its proclivity for distilling emotions to a point, but it reaches for something deeper, searching for those authentic and raw human truths that reside in the shadowland of the soul.

Their debut full length, Kill the One You Love, is a further indulgence in GEMS’ evocative, existential longing. The songs play out like a series of confessions. They are the secrets written in diaries, the unspoken lament to a lover. The title, a reference to Chuck Palahniuk’s Fight Club, shrouds the project in a funerary cloud, alluding to the death of a relationship, the death of love, the loss of self. And yet there is a sense of hope that pervades the album, hope that some ray of light may find its way through the darkness.