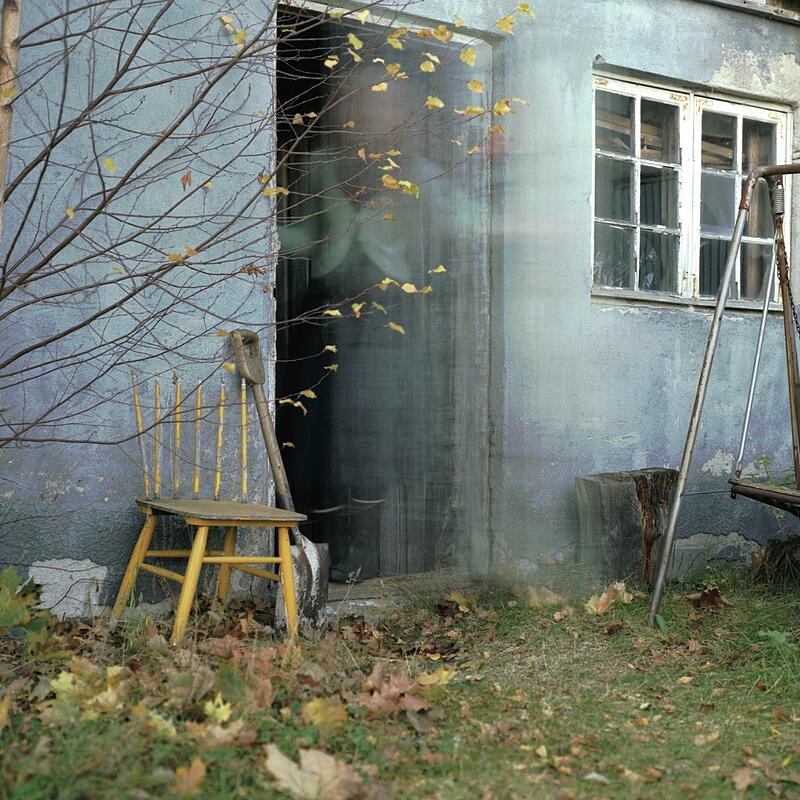 Jonna Karanka aka Kuupuu is one of the main movers of the (deservedly) much hyped Finnish Psychedelic Free Folk scene. Originally hailing from Tampere she is known as a core member of Avarus, Anaksimandros, Kukkkiva Poliisi and Maniacs Dream. Additionally, she has recently started Hertta Lussu Ässä with Lau Nau and Islaja and has collaborated with Tomutonttu (aka Jan Anderzen of Kemialliset Ystävät) and Paavi (as Lussu ja Paavi).

"Yökehrä" is the first of two vinyl-only LP's on the Dekorder label compiling the best material from her first four CD-R and cassette releases, all of which immediately became much sought after collector's items, fetching ridicolous prices on the eBay market.

This LP is a beautifull collection of haunting (sometimes spooky) home baked freeform folk songs, strange lo-fi loops, vocal drones and psychedelic cut-ups, made using weirdly tuned plucked and strummed strings, bells, clattery percussion, unidentifiable wind instruments, backwards tape loops and a ton of other noisemakers all played and recorded by herself; accompanied by her distinctive voice (often looped and layered) with vocals sung and whispered in her native Finnish language making the whole atmosphere even more haunting and mysterious. Jonna Karanka creates an intimate space where the listener feels like sitting next to her in a small chamber or outside in the woods where Kuupuu sings a lullaby just for him.