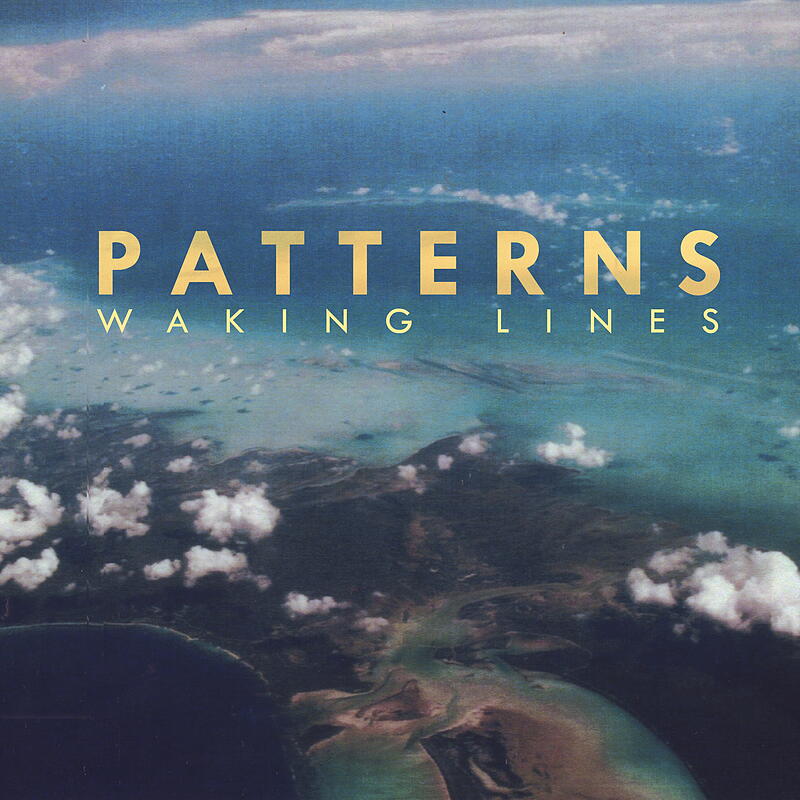 We never really had Patterns down as masters of Acoustics and Oneirology. Bedroom dreamers maybe, a Mancunian guitar band of course, but with Waking Lines – the eagerly anticipated debut album – this is a band marking themselves out as true scientists of songcraft. With its array of field recordings, samples, original compositions and an epic haze of spellbinding loops, sonic sparks are set to fly from this thoroughly modern shoegaze-pop record. Patterns’ fusion of head and heart may well induce a dreamlike state but across Waking Lines’ 10 tracks, every note has been constructed with meticulous focus. This is a band who’ve always known what they wanted to achieve – a group who together and individually, have spent time honing their craft not to mention their spectacularly colourful live performances into an entity that’s indisputably Patterns. Made up of foursome Ciaran McAuley (vocals/guitar/keyboards), Alex Hillhouse (bass/samplers), Jamie Lynch (drums) and Laurence Radford (guitar/samplers), the band’s unique approach is what has had DJs from Mary Anne Hobbs and BBC 6music’s Steve Lamacq foaming at the microphone. Upon hearing Patterns’ equally glistening and smouldering wall of noise, Huw Stevens picked the band to perform at Swn Festival, Rob Da Bank chose them to play at Bestival, and there have been shows all over France and Spain, not to mention a scholarly hometown show amongst the book shelves of Manchester’s John Rylands library. Already Waking Lines has been a long time coming, but it’s been well worth the wait. Complemented by an array of psychedelic visuals, Patterns’ knack for transcending both time and space can transform even the dingiest back room of a pub into a star-filled galaxy with an array of shimmering, delicately melded guitars and evocative electronica. Take recent single ‘Blood’ which was mainly inspired by the band’s fascination with aesthetics; “it inhabits a fantasy space and was conceived by trying to express through sound how it feels to watch VHS,” Ciaran reveals. Adds Alex, “We bought a load of vintage VHS equipment and experimented with feedback effects to create fractal patterns, which led to the video and the artwork for the single.” Abandoning normal recording techniques and expensive producers the band opted instead to record the album themselves. With one good microphone and a laptop they have managed to create an infinitely large imaginary space to express their vision. From ‘This Haze’ which was written eschewing male ‘indie’ singer conventions by thinking of how a woman might sound had she sang instead, right through to ‘Our Ego’, a song about the use of psychedelic drugs in psychotherapy in the 60s, Waking Lines flawlessly depicts that point where dreams and reality meet. ‘Broken Trains’ is an anthemic statement of intent, it’s driven drum sections cutting like razor-sharp shards of light through water, whilst ‘Induction’s ethereal tessellations of sound dance like the Northern Lights through a foggy gauze.