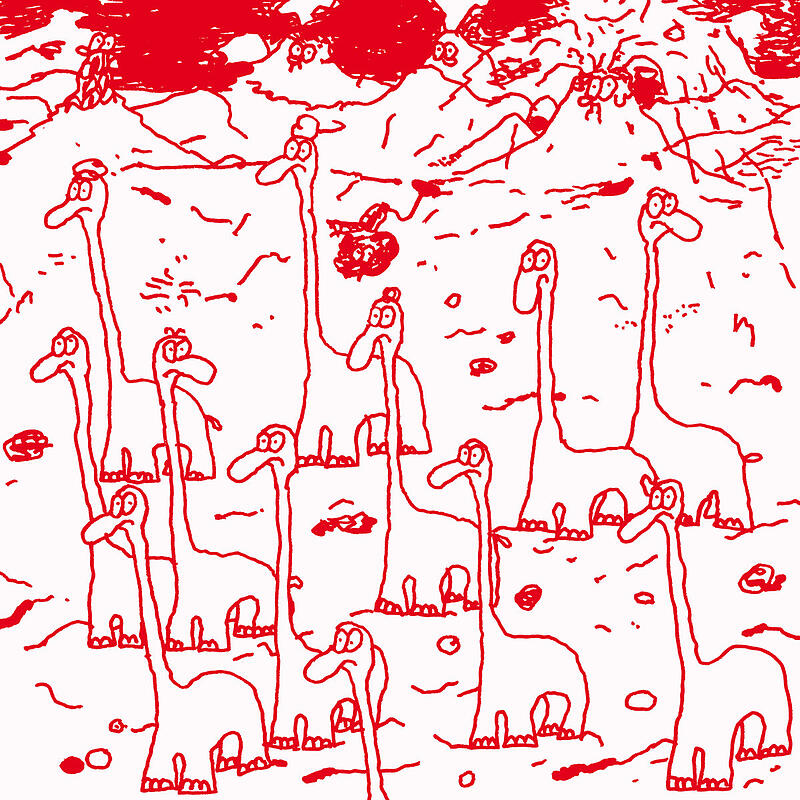 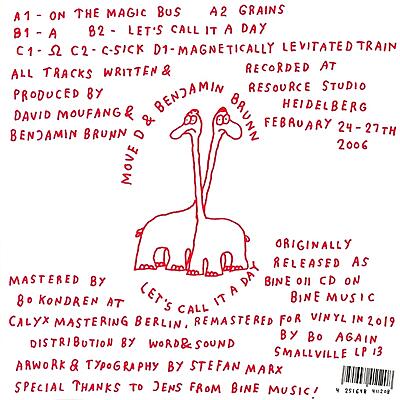 Originally released in 2006 on Bine Music. Can music be classic and contemporary at the same time? Can it contain a secret genetic code in which the summary of the past, the present pulse, and the future view are hidden? Be ahead of its time and not lose relevance along the way? “Let’s Call it A Day” the first album collaboration of German authors Move D (David Moufang) and Benjamin Brunn, which first appeared on a CD on Bine Music in 2006, now remastered by Calyx and on Vinyl for the first time ever, proves it is not only possible hypothetically, but can also live amongst us. This is a complete piece built from seven sections, each one is a microcosm of unique textures, depth, ambience, emotions, programming, looping and melodic rules; Together they are a homogenous creation, a symphony that culminate in dance music experiencing elevation.