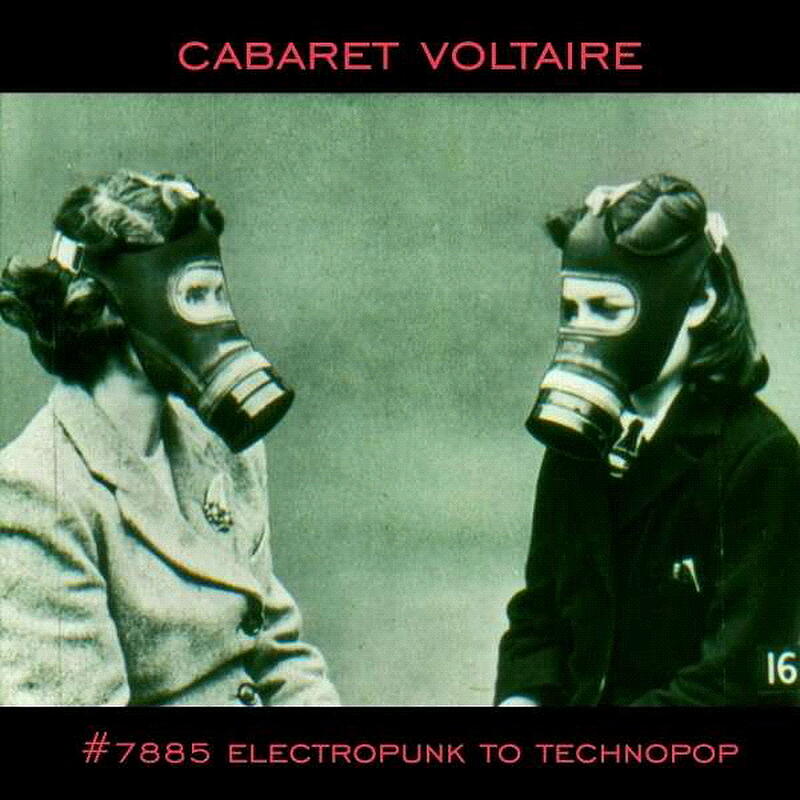 Featuring classic tracks such as Nag Nag Nag, Do The Mussolini (Headkick), Sensoria, Landslide, I Want You and Just Fascination, #7885 (Electropunk to Technopop 1978 - 1985) was curated by Richard H Kirk who explains, "I decided to gather the more concise elements of the work. Hence the choice of 7" singles, edits and shorter album tracks, a kind of sound bite take on CV."

The compilation travels from 1978-81 with a line up of Richard H Kirk, Stephen Mallinder and Chris Watson, when Cabaret Voltaire were (mostly) recording at the Western Works Studios in Sheffield and releasing records on Rough Trade and from 1983-85 after Watson's departure when Kirk and Mallinder released via the Some Bizzare label on Virgin Records. Kirk points out that this "was a time where we got to do what we do, but in different areas, we wanted to push the boundaries of electronic music, we wanted to place what we were doing into places where it really shouldn't be. We certainly didn't want to carry on repeating what we'd done for the ten years previous."

Cabaret Voltaire formed in 1973 and, alongside Human League, Throbbing Gristle, Fad Gadget and The Normal, were at the forefront of the UK Electronic Movement of the late '70s. Way ahead of their time, Cabaret Voltaire's blend of dance music, techno, dub, house and experimental made them, without a doubt, one of the most influential acts of the last 40 years.