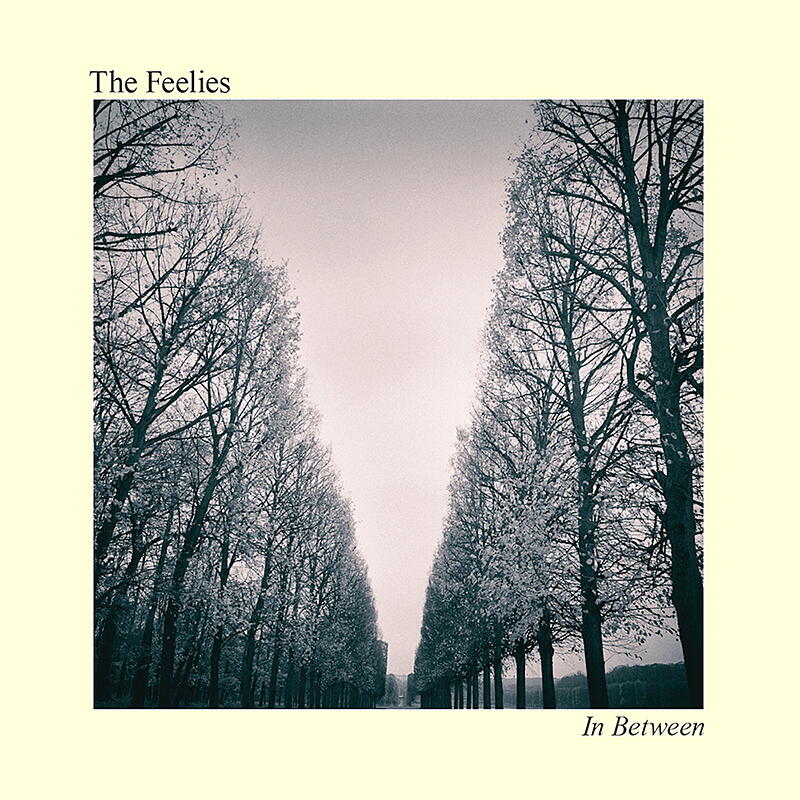 New Jersey indie-rock pioneers The Feelies are celebrating their 40th anniversary with the release of “In Between”, their first album of all new material in over 6 years. While working the post Velvet Underground moves they're so famous for, In Between brings interesting new ideas into the mix.

The twin-guitar attack of songwriters and founders Glenn Mercer and Bill Million is still at the core of the group’s infectious sound, paired with the driving rhythmic team of drummer Stan Demeski and percussionist Dave Weckerman, with Brenda Sauter’s bass guitar proving a rock solid foundation.

“On the new record we did a lot of it at my house in my home studio with extra equipment, explains Mercer. “It’s the same room where we rehearsed. We’ve been here since we reformed and a little bit prior to taking the hiatus in the 90’s. So it’s a room we’re really familiar with and feel comfortable in. We also did some recording at an engineer’s studio, so it was all done very low key. We refer to it as “off the clock” when you’re not paying an hourly rate, so in that sense it was a lot more relaxed. I don’t think anyone would notice a drastic change in the sound or the vibe of the record. I think it sounds a lot more relaxed and laid back.”

“I think all of our albums reflect a certain degree of reaction to the work that we previously did and In Between is no exception,” continues Bill Million. “We liked the sounds and the feel of the demos for this album and we thought it would be difficult to capture that in a recording studio. So that was our starting point and it evolved in a much more relaxed way that loaned itself to more creative interplay. Time wasn’t a component. If you let it, music can take on a life of its own and we wanted to allow the songs to develop with that idea in mind.”

Formed in Haledon NJ in 1976, The Feelies have now released six albums - including their critically acclaimed and influential debut Crazy Rhythms, as well as playing concerts with The Patti Smith Group, REM, and Bob Dylan as well as touring with Lou Reed.

In 2008, The Feelies re-united after a 17 year hiatus to open for long time admirers Sonic Youth at Battery Park and then resurrected their tradition of playing low key gigs at strategic intervals throughout the year rather than doing lengthy tours. They signed with Bar/None the same year, who re-issued The Good Earth and Crazy Rhythms. Here Before was released in 2011 and marked The Feelies first studio album in nearly two decades. In Between continues The Feelies story.