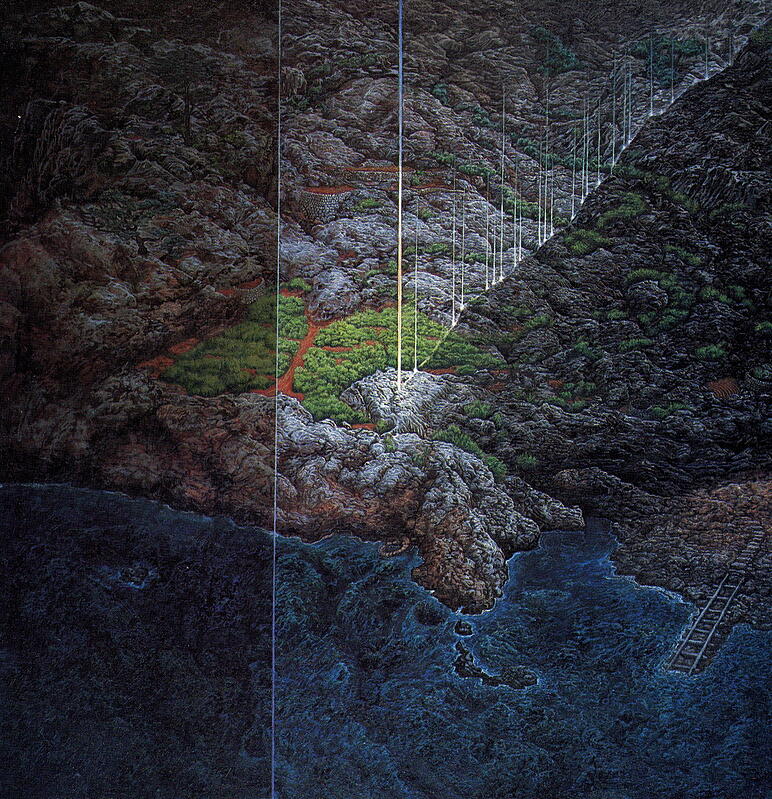 Million Brazilians formed in Portland, Oregon in 2006. Founding members Grant Corum and Suzanne Stone have been central to the band since it’s inception, while a rotating line-up backs them depending on their latest vision for the sound. The band carry out their own interpretation of a genre bending ethos that has evolved throughout the American underground. Drifting between boundless compositions, focused energetic improvisations and experimental collaborations that embrace a weird sort of transcendence.

Their next installment Red Rose & Obsidian was recorded in Maine and engineered by Big Blood’s Caleb Mulkerin. Both he and the band deliver a powerful yet fragile and personal release. The mythical and evocative recordings are inspired by Maine's rugged coastlines; mournful ripples of sound wash up on the shore, whilst a lonesome, at times harrowing saxophone drifts through the rolling mountains, providing unsettling melodic interludes. Electronic treatments veil organic sounds, a fleeting whistle meets spontaneously with spacey flutes, mutated rock rhythms are topped off with the soaring vocals of Suzanne who leads the listeners into the magical world of the Million Brazilians.