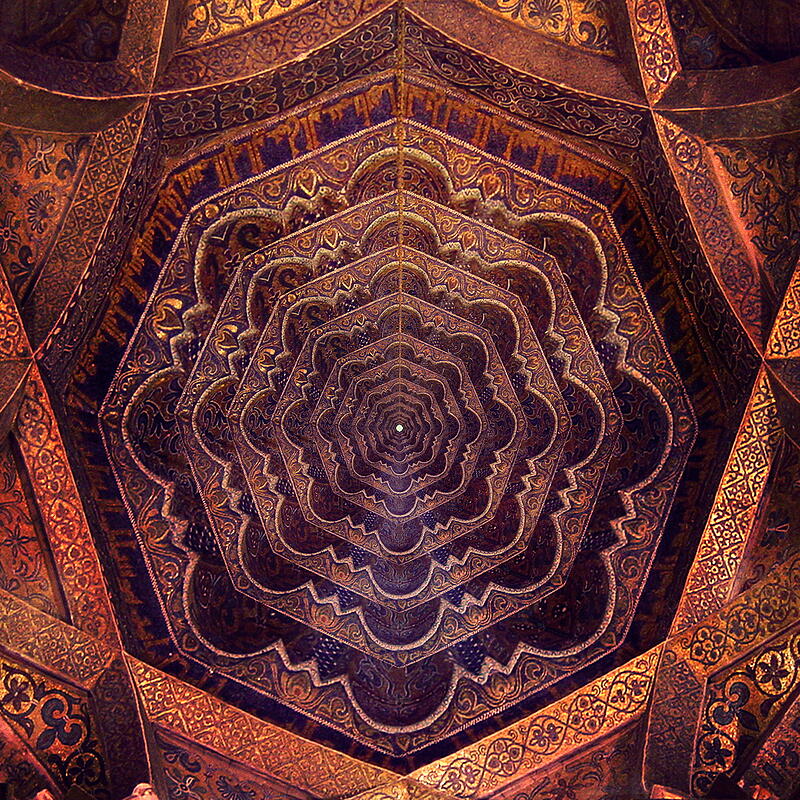 Reigning in the melodic chaos of their previous works, the dystopian beats on Young Magic’s second release were conceived in a new series of experiments. Producer Isaac Emmanuel and vocalist Melati Malay pieced together the album over the past year while on tour – recording in Morocco, France, Czech Republic, Australia, Iceland and their home studio in New York.

As a result, Breathing Statues unfolds in labyrinthine fashion, its surreal lyrics and ghostly harmonies emphasizing the record’s otherworldly intimacy, growing darker as the album progresses from the agile “Fall In” to the lurching chants of “Mythnomer.” In the spirit of the album’s spontaneity, the band invited a harpist to improvise over their songs, layering celestial fragments over the record’s cavernous beats. The album operates in these extremes, with the airiness of Malay’s vocals set in sharp contrast with the claustrophobic doom of Emmanuel’s warped percussion.

With Breathing Statues, Young Magic’s series of audio experimentations coalesce into a new holographic landscape, showing a band progressing with ambition towards a sound uniquely their own.

Young Magic is the sonic pairing between Indonesian vocalist, Melati Malay and Australian producer, Isaac Emmanuel. Although currently based in New York, the eclectic outfit has recorded music whilst traversing the four corners of the earth. After debuting a series of 7” releases on Carpark Records in 2011, the band took the stage at Iceland Airwaves and began touring globally, including main support tours with Youth Lagoon and Purity Ring. February 2012 saw the release of their full length, Melt with the likes of NPR, BBC, New York Times, XLR8R and a plethora of other publications and blogs singing the album’s praises. The group’s immersive visual show continued to expand throughout 2012 and 2013 with performances at Berghain, Austin Psych Fest and The Brooklyn Museum.

This year, the duo present a new gift from their explorations in their sophomore release, Breathing Statues. The album navigates through a labyrinth of phantom harmonies and crystalline beats, with cover artwork by longtime collaborator Leif Podhajsky. Breathing Statues is a lush and distinctive collection that colors the world a new soundscape.