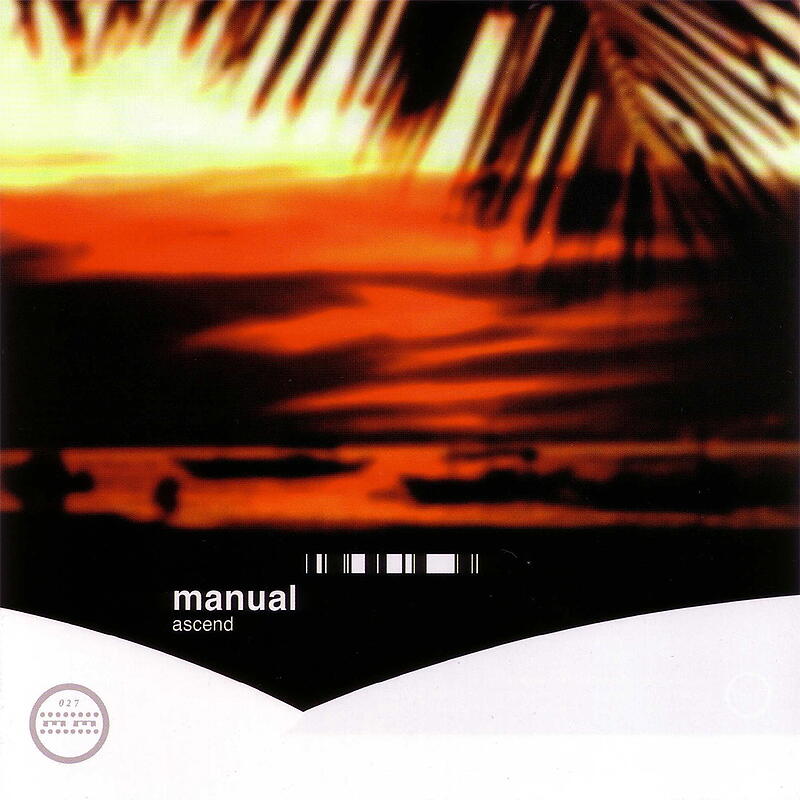 the world is a small place. thankfully there are people out there who are capable of making it look and sound a little bigger than it is. one of these people is jonas munk jensen from odense, a small town in denmark, who calls himself manual to work on a kind of music that, like most great works of art, transcends reality to become something that could only exist in the mind. these sounds seem to come from out of a better world where beauty matters above everything else. in morr music manual found a platform on which he finds for himself what his music essentially needs and that is time and space. after having released his debut ep on the danish hobby industries label, the network of sympathy and fine musical tastes soon found a way to connect loose ends between odense and berlin, resulting in until tomorrow, manuals first full length, a moody masterpiece between great gestures and finely tuned understatement. ascend, the title of manual’s second album shows the way this music is going. at any time it is uplifting in a melancholic way, it directs into the inner self or into some far distant nowhere. all these emotional paradoxes stand in a tradition of many a great sound-sculptor starting with 4AD-acts such as cocteau twins, the swathing surrealism of my bloody valentine, the intense lethargy of talk talk up to the sheer beauty of slowdive. with these traditions in mind the music is carefully transferred into here and now while never losing a certain sunken quality. what more could titles like as the moon spins around or the distance give away? it’s all there. although jensen is still only 20, he has some years of experience in making music. while in a way still juvenile enough to be real mood music, the tracks are mature in their reduction on essential components which give them a lot of depth and spaciality. all those soothing, opalescent sounds may come from out of old analogue synthesizers but jonas’ indie-heart is still beating on the right side. one or the other subtle guitar part bears witness to that. same goes for limp, jensen’s other project in which he shares his vision with three friends to follow a similar path with different measures. their debut album orion was also just recently released as morr music 025 and is the perfect companion to manual’s body of work.