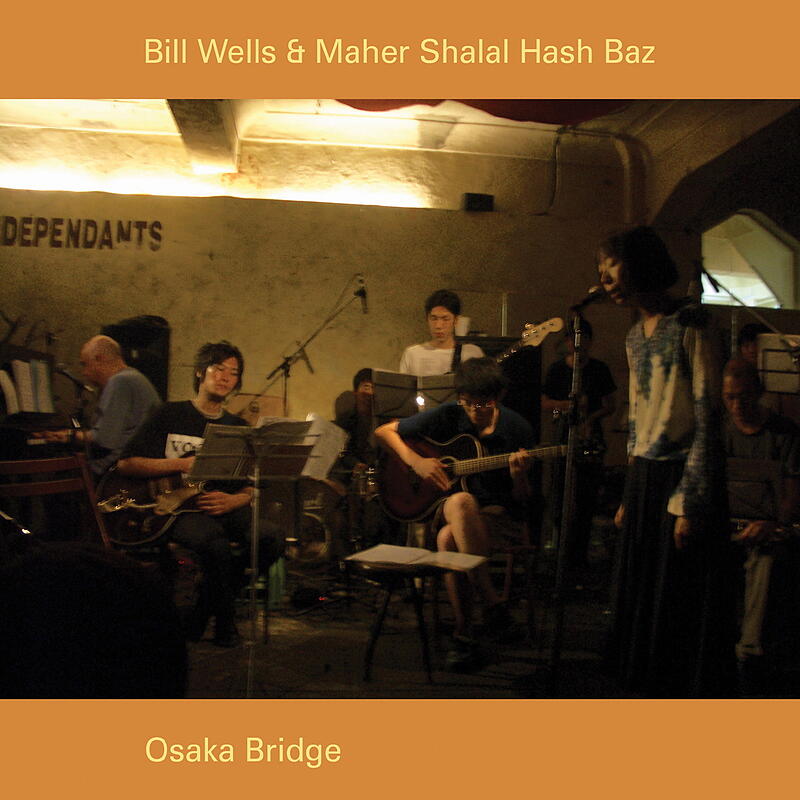 The pairing of Scottish pianist/composer Bill Wells and willfully amateur Japanese ensemble Maher Shalal Hash Baz is an easy, natural one, a union particularly apt and complementary. But this is not to say the recordings which make up Osaka Bridge are in any way seamless. Maher's horns strain and struggle with Wells' luscious arrangements, each note given all the stiff emphasis that you'd expect of a high school brass band at its first rehearsal, while songs fall in and out of rhythm and a track like Poxy misses its intended swing feel by a country mile. Of course, this is all part of the magic. Maher Shalal Hash Baz take Wells' rich, wistful and complex melodies and strip them back to their emotional core, disallowing all artifice and revealing a stark, serene beauty. Particularly affecting are On The Beach Boys Bus and Time Takes Me So Back, the two tracks sung by Reiko Kudo (wife of Maher leader Tori Kudo). Both melodies came to Wells in dreams, the former sung by a group of tanned Californians on the way to a Beach Boys convention, the latter by his grandmother shortly before she passed away. Reiko's pure, artless voice gives each song a haunting fragility that enhances their dreamlike nature. Cowtail Calypso, on the other hand, was born when Wells asked Tori Kudo to sing Roger Miller's King Of The Road over a syncopated, propulsive melody. Kudo's ambiguous response of "maybe" (which Wells says "usually means 'forget it'") resulted in a brief, idiosyncratic track that nevertheless exceeded all Wells' expectations. Of the instrumental tracks, Liquorice Tics stands out for its rolling rhythms and circular melody, like a song played on a ferry traveling between two Japanese islands. Family Sighs has a resigned, brooding atmosphere which encapsulates perfectly the conflicting feelings many people have for their immediate family. For the most part, the instrumentals are concise - a melody stated once and then dispensed with - but this brevity only heightens their impact. Taken as a whole, Osaka Bridge is an impressionistic document which captures fleeting moments and personal revelations at their most spontaneous and unaffected. Across a broad cultural and lingual divide, Bill Wells and Maher Shalal Hash Baz have come together in a psychic harmony that is both awkward and glorious.