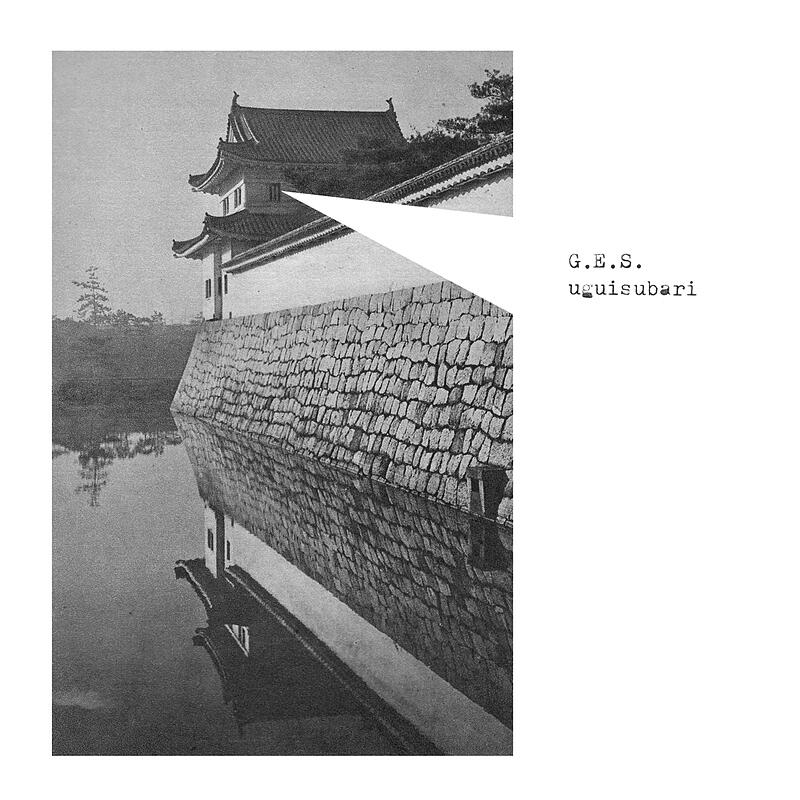 Faitiche announces the launch of its new Acoustic Surveillance Series. Each 7" vinyl single in the series presents a historical system for acoustic surveillance, beginning with uguisubari by G.E.S.. The pieces on the record feature recordings of uguisubari – special floors in Japanese temples and castles. For this series, Jan Jelinek is reactivating his field recordist pseudonym G.E.S.

"And this" – he pointed to the stretch of bare floor ahead – "is what the Japanese call a ‘nightingale floor'. Relic of the old days when people wanted to be warned of intruders. Serves the same purpose here. Imagine trying to get across here without being heard." They set off, and immediately the cunningly sprung boards gave out penetrating squeaks and groans. Ian Fleming,1964

This is how Australian agent Dikko Henderson explains the principle of the nightingale floor to his British colleague James Bond. They are on their way to the headquarters of the Japanese secret service. The notion that it might still have been using this traditional warning system in the 1960s belongs to the realm of fiction – but the actual existence of such floors is undisputed. In fact, it is surprising how seldom this early form of intruder alarm has been used in literature. Even in Japanese literature, or so I have been told, uguisubari has gone largely unmentioned. In a poem by Takehisa Yumeji, walking over a nightingale floor becomes a measure of gracefulness:

"Like a Grace whose shining heels make no sound while walking on the veranda with its nightingale floor (...)" Takehisa Yumeji, 1976.

In the Edo period, the nightingale floor was a popular acoustic warning system. The principle was very simple: when someone stepped on the floorboards, the nails holding them in place rubbed against metal clamps mounted on the underside of the boards, raising the alarm by creating a squeaking noise that resembled the chirping of the Japanese nightingale.

Thanks to the country's painstaking reconstruction of temples and castles, these floors can still be walked on and heard today. During a residence of several months in Japan in 2014, I had the opportunity to mic and record nightingale floors at Nijo Castle and at the temple of Nanzen-ji. In my makeshift studio in the basement of the Kyoto Goethe Institute, I then made numerous pieces – all using the same sound sources: an oscillator and an audio sampler with recordings of the chirping floorboards. Two of these pieces are included here – they are both journal entries and tributes to the uguisubari.