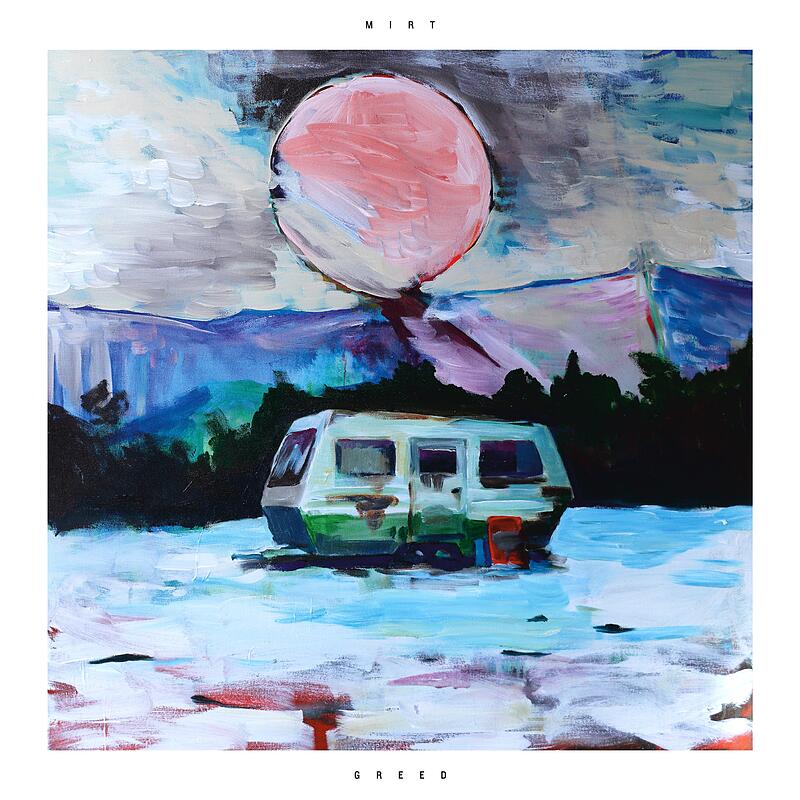 After being busy in 2018 with 3 field recording projects, a soundtrack to a popular HBO series "Blinded by the Lights" and "Decaying Land", a companion album for "Vanishing Land" recorded in 2013, Mirt returns with his next release "Greed", a much darker release from his few previous albums, fusing rhythmic frameworks with modular melodies. Still playing with various textures ranging from shimmering nature sounds recorded at dawn to atonal patterns on hi-end synthesizer systems.

It starts with field recording and shattered artificial sounds and becomes denser and with majestic drones and a slowly growing pulse. The second part of the record becomes even more motoric and sometimes much more upbeat than his previous productions. Still, the album retains a cinematic and oneiric character of his previous works. Everything ends with slowly evolving minimal trance that seems to leave us without any conclusion - intriguing yet disturbing at the same time. The music is rather abstract, balancing between the calm and the coldness. Its detachment from the title seems to intensify its meaning. This LP seems to be a much more accessible entity without losing its experimental edge.