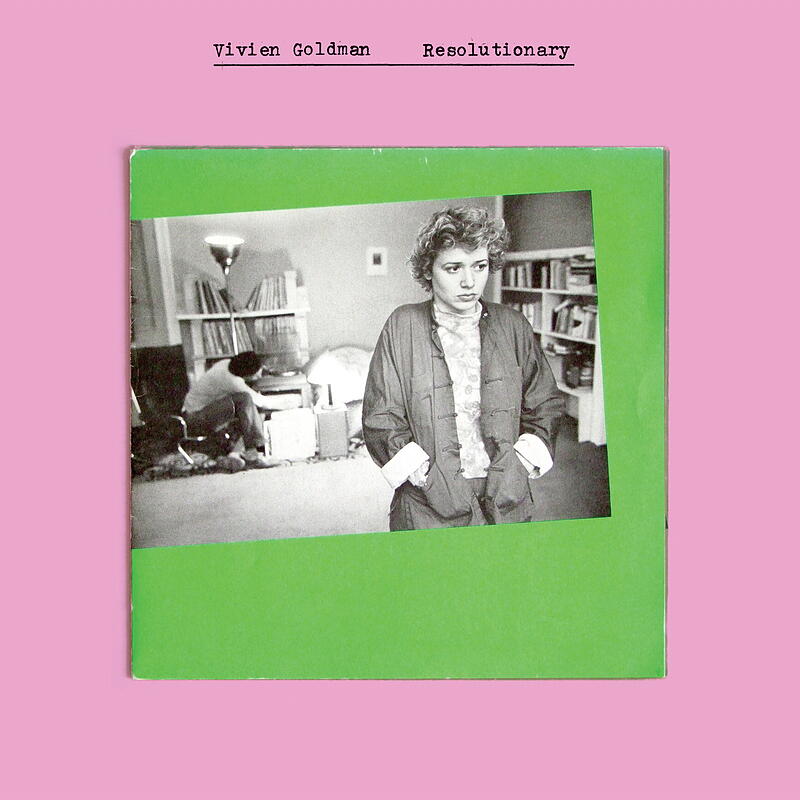 There’s a myth about music critics that says we are frustrated, wannabe performers. Evidence to the contrary: Vivien Goldman. Ever since she migrated from pitching editors on the little-known music of Robert Nesta Marley to becoming one of the foremost chroniclers of the perfect storm of reggae, punk, hiphop and Afro-Beat, the London-born, New York-based Goldman has made documenting music her primary life work. But between 1979-82, Goldman was also a working musician, creating songs that, years later, would be sampled by The Roots and Madlib. These rare girl grooves are now collected for the first time on Resolutionary, courtesy of Staubgold Records.

Resolutionary takes us through Vivien’s first three musical formations: first as a member of experimental British New Wavers The Flying Lizards; next as a solo artist, with her single “Launderette,” featuring postpunk luminaries; and then as half of the Parisian duo Chantage, with Afro-Parisian chanteuse Eve Blouin. Goldman’s synthesis of post-colonial rhythms and experimental sounds are threaded together by her canary vocal tones and womanist themes. Her eclectic musical crew included PiL’s John Lydon, Keith Levene and Bruce Smith; avant- gardists Steve Beresford and David Toop; The Raincoats’ Vicky Aspinall; the mighty Robert Wyatt; Zaire’s Jerry Malekani; Manu Dibango’s guitarist; and Viv Albertine, then of her good friends, the Slits. The majority of the tracks were produced by dubmaster Adrian Sherwood, and Resolutionary channels the history of a time when the bon-vivant voice of music was in the air, and Vivien Goldman was its eyes, ears, and mouth.