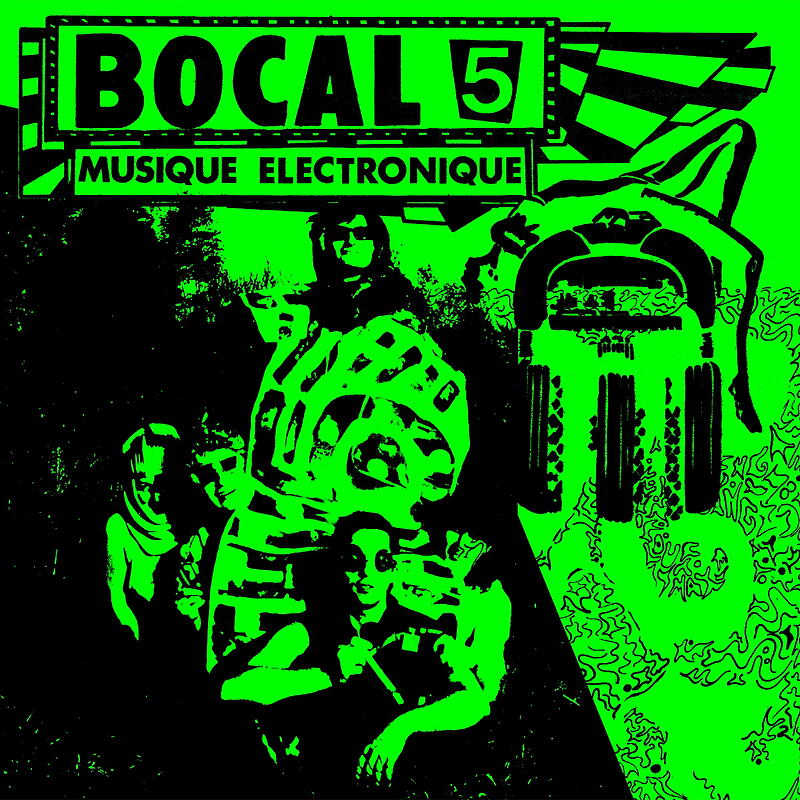 Bocal 5 were a No Wave art group composed of Doc Pilot (synths, vocals), Zouka Dzaza (bass), Florian Guillou (synths), Mickey Lepron (electronic drums, bass) and Evy Tinguette (lead vocals). The project was born in November 1980 in Tours, France as the brain child of Doc Pilot. Between 1981 to 1986 Bocal 5 recorded one 7” single and a cassette-only album before taking a year off in 1984 to launch X-Ray Pop. Influenced by Erik Satie, Brigitte Bardot, Suicide and Young Marble Giants, they call their music "minimum naive new wave."