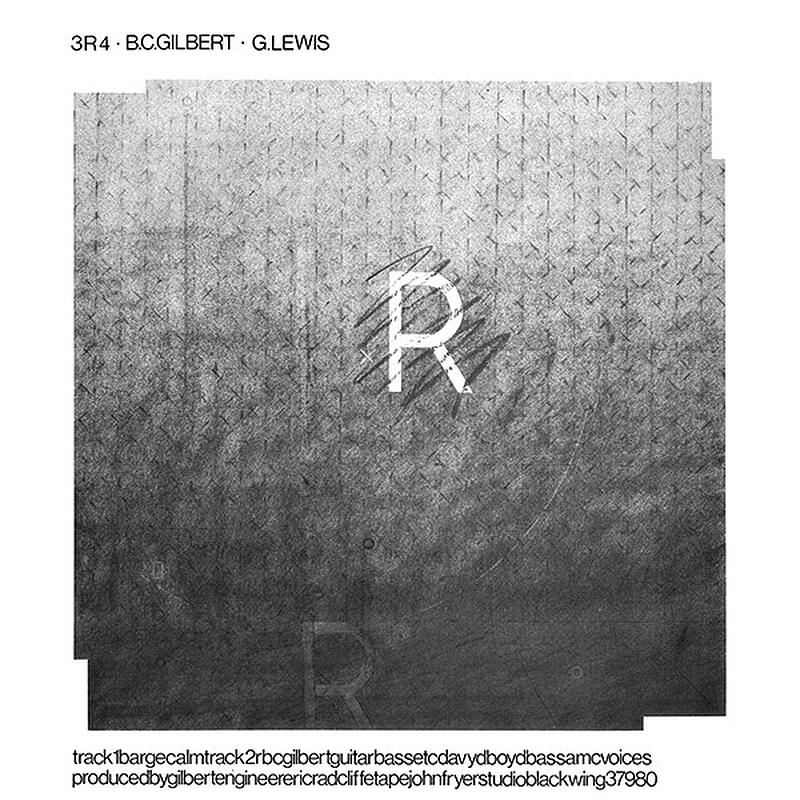 In 1980, after three relentlessly creative albums, the members of WIRE were at an impasse, unsure of how to push themselves any further as a four-piece rock band. While frontman Colin Newman spent the band's hiatus mining WIRE's knack for intelligent and contorted pop songs, guitarist Bruce Gilbert and bassist / vocalist Graham Lewis joined forces for a series of experimental projects (DOME, CUPOL, etc.) where the primary motivating concept was "studio as instrument."

3R4, the duo's only LP under the B.C. GILBERT / G. LEWIS moniker and the very second album to be released on 4AD, eschews melody and structure in favor of ambient-noise soundscapes, metallic textures, and tense moods. If the brief "Barge Calm" tracks appear like sonic exercises, the longer pieces ("3.4…" and "R") are true exorcisms, conjuring supernatural found-sounds with the patience and deliberation of (un)holy men. Play this record loud and try not to think that it is the soundtrack to a lost David Lynch film.

Originally released on 4AD in 1980. This first-time vinyl reissue is recommended for fans of FAUST, David Cunningham and Thomas Leer & Robert Rental's The Bridge.