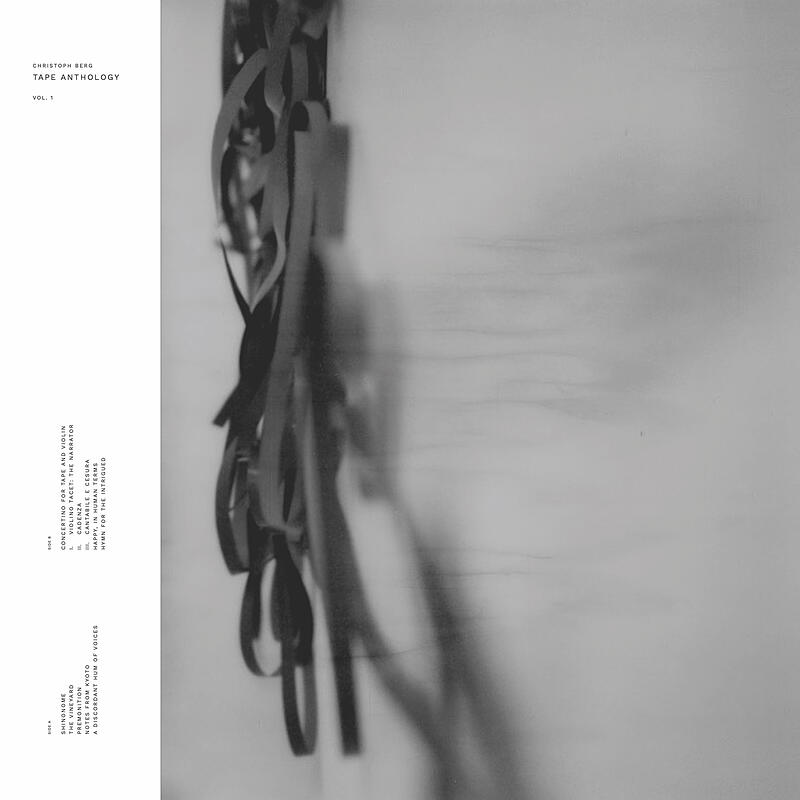 With his new record Tape Anthology Vol. 1 Christoph Berg kicks off an album series mainly focusing on works based on Tape manipulation. At the same time it marks the inaugural release of his own imprint Monochrome Editions.

Christoph is a classically trained piano and violin player whose curiosity and cultural interest are by no means bound to that category, or any others for that matter. For the past few years he has also been broadening his approach to composition by researching and experimenting with tape machines and reels of field recordings — and directing sounds into physically immediate shapes and atmospheres. Through an initially improvised approach to sources and his analogue assembly of the emerging recordings afterwards, he is methodically avoiding predictable conditions.

The raw, extensive material became subject to meticulous organisation and arrangement: Tapes have been cut, manipulated, destroyed, fixed, and reshaped into a treasury of experiences. The overall process is, in many ways, similar to the way Christoph travels and absorbs situations: curious, spontaneous, attentive, and modest. His work is less about destination than about the journey, and these compositions magically manage to capture a history of sounds, embedded in one’s own (temporary and partial) perception of them.

While most pieces on the album are dominated by field recordings and tape manipulation, they are occasionally accompanied by an array of instruments — most prominent in the three movements of the “Concertino for Tape and Violin” — including an amalgamation of violin, upright bass, organ, found objects, and synthesizer contribution by Midori Hirano on two of the album’s compositions, all of which are effectively molding chance encounters into individual and intentional entities.

However, the greatest idiosyncrasy of the album might also be the most subtle and, probably, irritating: The collages of things, places, people and events deliberately renounce conclusions, by which Tape Anthology Vol. 1 also evades any obvious stagnation. Even when themes are appearing, everything stays in constant movement, away from, towards or around you. The few palpable aspects welcome you and immediately drag you in, but without releasing you in the expected or a familiar location. It is a captivating voyage through an ever-changing landscape that — through abstention of any predictability — is not only the core of improvisation, but a philosophical approach to both traveling and being in general.

By never succumbing to tradition, expectation or comfort, Tape Anthology Vol. 1 is continuously reaching out for the capture of our surrounding — and our agency within it. Herewith the record embodies the ever intriguing cor-relation of spontaneity and subsequent mapping.