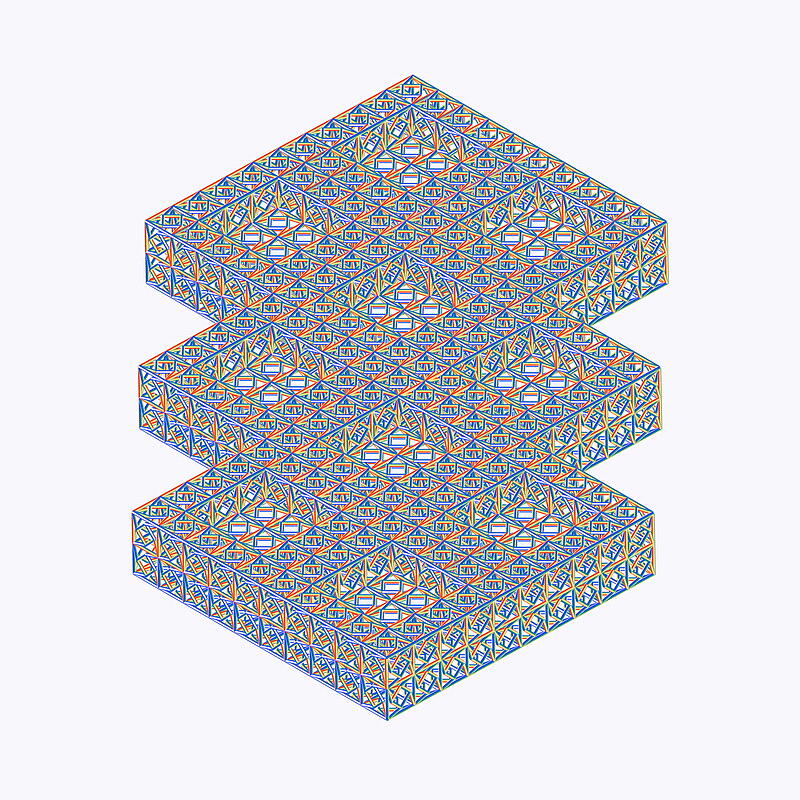 Visible Cloaks’ Reassemblage is a collection of delicately rendered passages of silence and sound that invokes – and invites – consciousness. The foundation of the duo’s second album is gently poured upon the ground their musical predecessors explored, using the materials of chance operations, MIDI “translation,” and other generative principles that favor inclusive musical environments over the narrowly constrained. In 2010, Spencer Doran, one part of Visible Cloaks alongside Ryan Carlile, prepared the first volume of Fairlights, Mallets, and Bamboo, a mixtape indicated by Doran as “an investigation into fourth-world undercurrents in Japanese ambient and pop music, years 1980 – 1986.” These mixes contextualized the outré orbit of Yellow Magic Orchestra-related solo projects and their abstract, radiant forays as forever futuristic modes of music. Reassemblage evokes similar musical futures celebrated on the Fairlights mixes, but does so observantly rather than reverently. The title Reassemblage, for example, is taken from a film essay by Trin T Minha-ha, which explores the impossibility of ascribing meaning to ethnographic images. The author aims to “speak nearby” rather than “speak about.” In other words, to embrace lapses of understanding, and realize that the impulse to map direct meaning across a cultural gap often results in further disconnect. In an effort to “speak nearby” rather than “speak about,” Visible Cloaks filters and forms source material to become young again. Often the duo strip tonal elements of their specificity or randomize melodies so they become stirring and lucid. Essential patterns emerge, conscious experience heightens. In these moments, the musical language of Reassemblage finds unlimited resonance and presents a path to uninhabited realities. The origin of this language could be described as translingual or polyglottal, working within the eastern / western feedback loop of influence, Fourth World ambiguity, and the universality of human emotion. Incorporating an international array of virtual instruments to advance the idea of pan-globalism through digital simulation, tones and colors cohere into a living, breathing pool of sensorial experience in Visible Cloaks’ environs. Beyond embracing the fluidity of worldly musical influences, Visible Cloaks works fluently between mediums. The contribution of stalwart digital and installation artist Brenna Murphy’s dream dimensions to Reassemblage’s cover artwork and surrounding videos extends the album’s exploration of global headspace into a visual, visceral reality. In the tradition of Fairlights, Mallets, and Bamboo and Interiors, Doran compiles an hour of literal and figurative musical interpretations for the Translations mixtape. Divided into Day and Night sides, the former weaves Japanese music through deconstructed human voices and contributions from peers and contributors to Reassemblage. The Night side bends introspective with choral music from the Eastern Bloc, Italian spiritual minimalism, and early software-based generative music experiments.