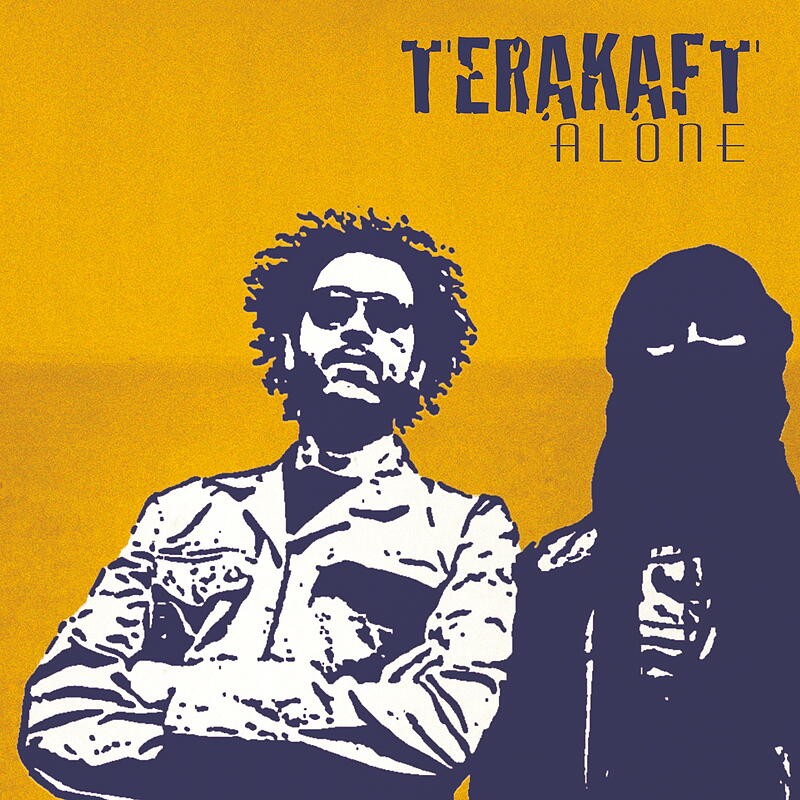 "Alone" was born out of a need to maintain sanity in times of broken dreams and lies. It might be their most rock oriented album to date but at the same time it is their most poetic. Five years ago with their album "Aratan N Azawad" and even the follow up "Kel Tamasheq", Terakaft was still full of hope, things had started to change. Today the soil that was supposed to blossom is burnt by selfishness and rivalry.

"There are too many characters in the picture, too many chiefs and not enough people", says Diara when asked about the political developments in the last years. He used to sing political songs back in the days in his rebel youth when he was still playing guitar with Tinariwen. Nowadays he is only watching with a new feeling growing inside him: "Te´ne´re´", which is the title he gave to this album, and which translates to: "Alone". Back in the days when they were sitting in the dunes drinking tea with big hopes for the future, singing their songs into the night, his nephew Sanou was sitting next to him, still a young boy. Occasionally the uncle would hand his guitar to the nephew, so he could play along with the others. Just before the international success story of Tinariwen started, Diara got stuck on his way to Bamako a missed flight and his place in Tinariwen was taken. Meanwhile Sanou had set up his own band Terakaft. Today Diara and Sanou are the backbone of Terakaft: the guardians of desert blues. Diara is the spirit of the band, as strong as a rock. Sanou – his nephew - is the heart of Terakaft. He brings the life to its spirit. Diara the elder, lays out heavy rhythms pulsing through his guitar. Sanou has become the natural heir to the sound of "assouf", with his intense rock riffs and an up-lifting attitude towards life.

"Alone" is the 5th album of Terakaft. It was produced by Justin Adams who is one of the musicians from Europe who has delved deep into Tuareg music in the last years. Adams is known as a musician and producer through his work with Robert Plant, Tinariwen and Juldeh Camara. He has geared up "The Caravan" to reach new shores and hit the dancefloors. In these troubled times, they have made an album together, that presents the deep Saharan rhythms as a vital contemporary heartbeat. Standing on the ruins of their peoples dreams they sing to their brothers and sisters about true friendship and tolerance.