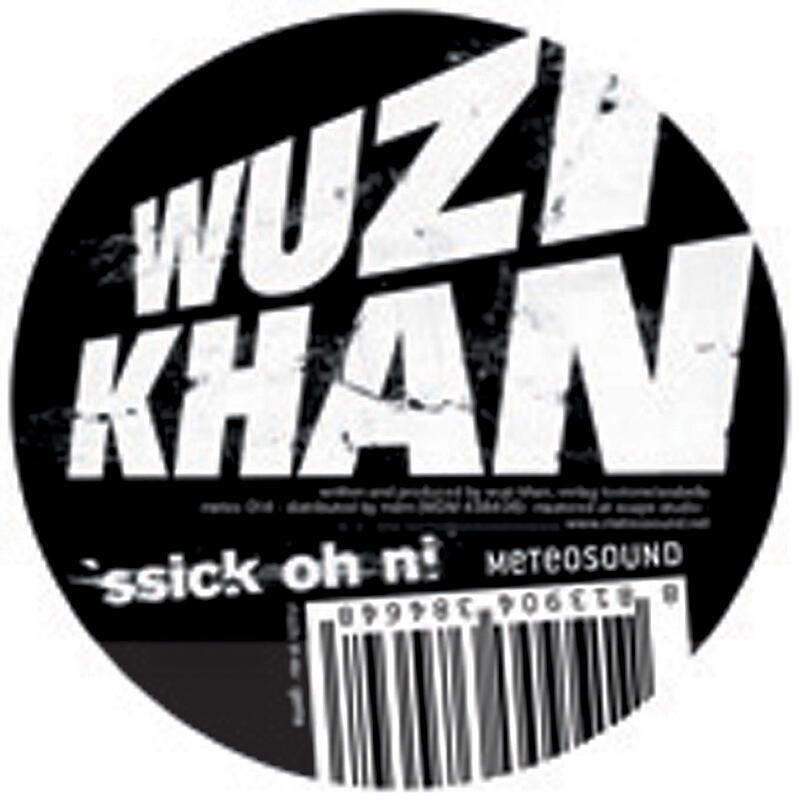 Wuzi Khan is a mad busy MC from his homebase with stellar cred in the German breakbeat scene. Now he's about to drop his debut as a producer, an EP called 'ss ick oh ni', for the Berlin Dub specialists at Meteosound. Surprisingly the result came in without vocals. Yet any club gig should neccessarily have a mic close by. Those MCs that are into downtempo hopbeat dopedub shiznit can definitely feed off of Wuzi Khan's music at the DJ booth. This album is destined to impress even without all the vocal support, filled with unpredictable moments.«Wuzi Khan still manages to start off on the right foot utilizing his flow to create dope music. "No lo se" has this streak of genius gliding through a jungle of genres: latin, jazz, and hiphop are the lianas and Miles Davis is like Tarzan on the trompet. "Overdose Soul" is filled with soothing intensity including loops that find their goodness in a soft swinging hospitable style. It's an easy drama with rare inscenated breakdowns by way of omission. You'll find heartful clatter in "Samba in the Jungle," as the backdrop remains in secrecy. In the end Wuzi Khan's breakbeat background can't stay hidden. "Dubber" as in the enhancement of Dub? Sure enough, when you consider dope the enhancement of deep, and the same goes for "Lost in whatever."