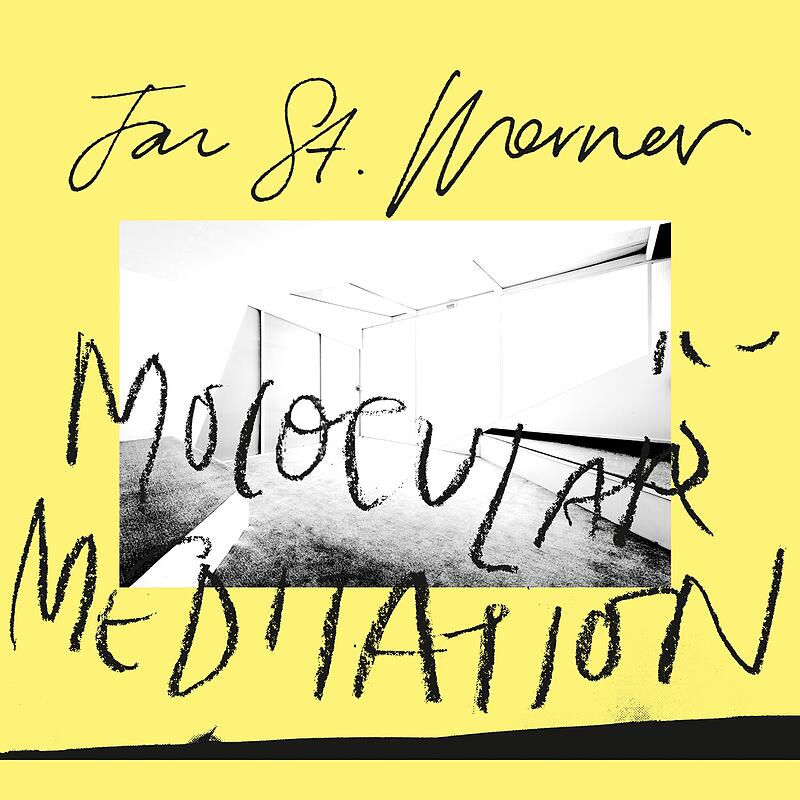 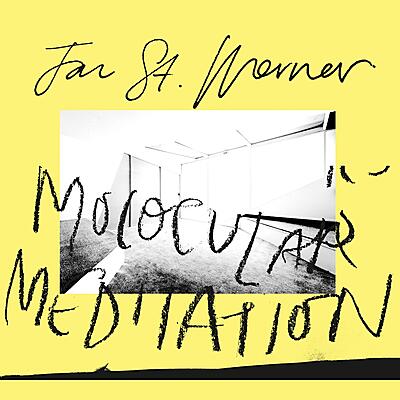 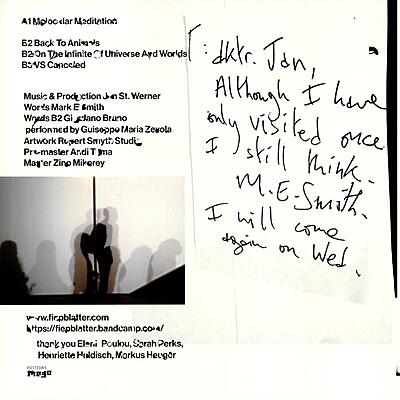 Molocular Meditation is a bespoke light and sound environment featuring the voice of the Fall’s Mark E Smith. Smith is heard making observations on mundane objects, events and a range of meditation techniques basically associating his discontent with an apolitical british upper class. His voice forms the narrative component of an electroacoustic composition by Jan St. Werner placed in a hyper-real scenario evoking a state of transformation and deceleration. Molecular Meditation premiered at Cornerhouse, Manchester in 2014. This album presents a re-edited stereo version of the original multi-channel installation. Voice and guitar feedbacks were recorded by Werner and Smith at Blueprint Studios Manchester, electronics in Werner’s Studio in Berlin.

The B-side consists of unreleased new work partly written around the same time as Molocular Meditation in context of Werner's Fiepblatter Catalogue on Thrill Jockey. Back to Animals is a non-metric rhythm exercise frantically hybridizing percussive accents with synthesized pulse. On the Infinite of Universe and Worlds is the layout for an electronic opera on Giordano Bruno’s Renaissance writings which Werner was asked to conceptionalize for Finish festival Musica Nova. VS Canceled finds Mark E. Smith reading an email from Domino Records explaining their discontinuation of Von Südenfed, a band Mark E. Smith had founded with Mouse on Mars' Jan St. Werner and Andi Toma in 2006. Their debut album Tromatic Reflexxions came out on Domino in 2007.

The vinyl record, cut with a diamond needle, delivers as much dynamic range as the digital format.