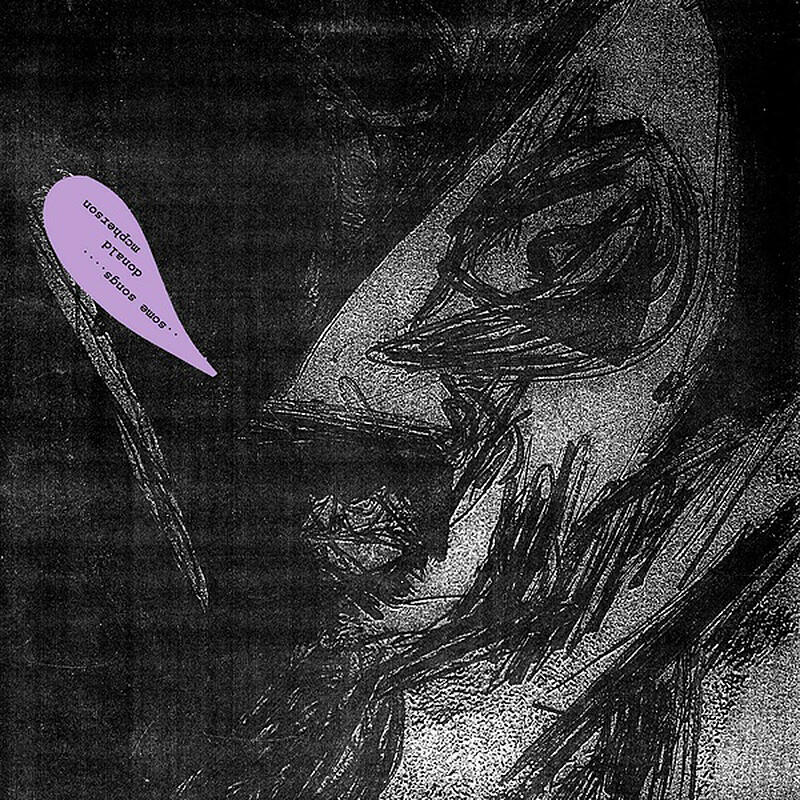 The first time I heard anything about Donald McPherson was when my friend David Muir told me excitedly about this guitarist from Ravensbourne who could play really beautifully properly but also just as wonderfully wrongly. I first heard him playing a rare live performance in Dunedin in about 1997. It remains one of the most heavily self-deprecating sets Iive ever seen. Abandoning songs halfway through, Donald couldn't contain his belief that his efforts were worthless & that he hadn't practiced as much as we were idiots for listening. Donald is most well known for the free range guitar instrumentals of his "Bramble" CD (Metonymic) and the "Vinegar & Rum" (Bo Weavil) collaboration with Tetuzi Akiyama, but its his 1994 album "Some Songs" (self-released in a edition of 20 Lathe-Cut LPs) that his friends & fans hold in the highest regard. It sparkles with beauty, wit and wonder and it crumbles under its own self-sabotaging cynicism. Lyrical flowing folk melodies with playful irritations and grafted on textures, Bare boned hyper sensitive pop songs and scrambled spontaneous sketches. Donald always sounds to me like he is resisting his talents as they are too embarrassing, but at the same time embracing the chance to express everything he is feeling no matter how awkward or humiliating it may be. It seems like such a crippling difficult perspective to create from but "Some Songs" always sounds playful, honest, humble and hopeful to me!" (Stefan Neville)