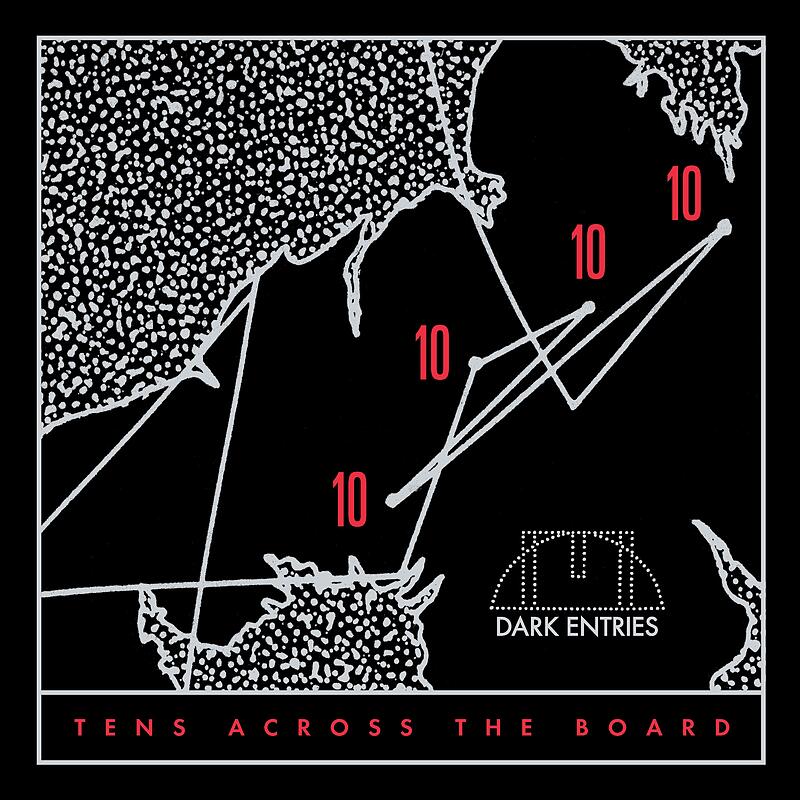 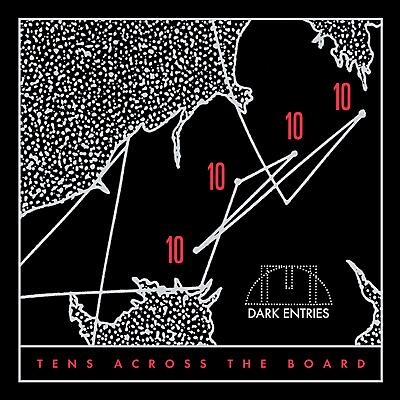 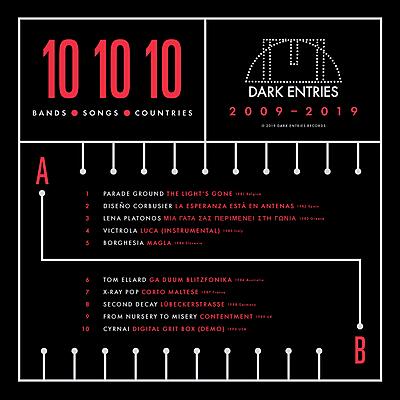 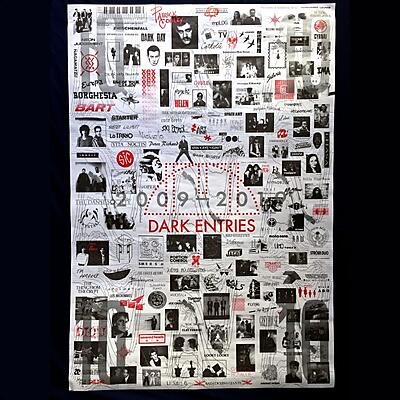 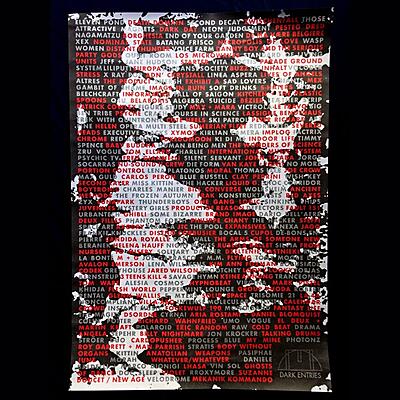 Celebrating a Decade of Dark Entries with a compilation titled ‘Tens Across The Board’. We revisit our roster and chose 10 songs from 10 bands from 10 different countries spanning the years 1981-1993. The songs flow in chronological order and have never appeared on vinyl, with 7 of the songs previously unreleased.

The compilation begins in 1981 with Parade Ground from Belgium, the duo of brothers Pierre and Jean-Marc Pauly with help from Patrick Codenys and Jean-Luc of Front 242. “The Light’s Gone” was one of their earliest experiments and employs a stark minimalism with modular synthesizers, guitar reverb and tape delay. Next we venture to Granada, Spain in 1982 to meet the trio of Diseño Corbusier. Influenced by Cabaret Voltaire and Dadaism, “La Esperanza está en Antenas” was the band’s take on melancholic pop fueled by a robotic DR-55 bass-line. Sailing the Mediterranean Sea to Athens to meet Greek electronic goddess Lena Platonos who shares a demo from 1983. “Μια Γάτα Σασ Περιμένει Στη Γωνία” translates to “A Cat Is Waiting On The Corner” and is possibly the witchiest sounds we’ve shared yet, ending with a blood curdling scream. Frozen in 1983 we cross Ionian Sea to Messina, Italy and visit Victrola, the duo of Antonino “Eze” Cuscinà and Carlo Smeriglio. They’ve unearthed a melodic instrumental version of “Luca” fueled by a Korg Polysix and TB-303. Traveling across the Adriatic to Slovenia circa 1984, where Borghesia are working on their album ‘Ljubav Je Hladnija Od Smrti’. “Magla” translates to “Fog” fitting for the thick, somber electronics of Aldo Ivancic providing a dense atmosphere for the baritone vocals of Dario Seraval.

On Side B we go down under to Sydney and excavate a hidden Tom Ellard song recorded in 1984 under the alias Lord Metal, an anagram of his name for copyright reasons. “Ga Duum Blitzfonika” is a slow-motion, unadulterated dance groove originally released on the cassette compilation "Independent World”. Skipping ahead to 1986 in Tours, France we salute X-Ray Pop the minimum new wave duo of Didier "Doc" Pilot and Zouka Dzaza. They contribute the hypnotically fragile “Corto Maltese” that originally appeared on the cassette compilation ‘Plop’. Crossing the German boarder we arrive in Dortmund at the apartment of Andreas Sippel of Second Decay who recorded the instrumental demo “Lübeckerstrasse” in 1988 with partner Christian Purwien. Utilizing an TR-808, SH-101 and Arp Odyssey this cold slice of futurism was named after the street Andreas lived on. Traveling westward to England, specifically Basildon, Essex to the teenage bedroom of From Nursery To Misery, the trio of identical twin sister vocalists Gina and Tina Fear and keyboard player Lee Stevens. “Contentment” is an introspective, ethereal pop song with child-like vocals that originally appeared on the Belgian tape compilation ‘Heartbeat Vol.4’ in 1989. Finally, we return home to San Francisco and close out the compilation with Cyrnai the moniker of multi-instrumentalist Carolyn Fok. “Digital Grit Box (Demo)” was an outtake from the ‘Transfiguration’ album sessions recorded in 1993, utilizing dark dance drum beats made with MIDI sequencer programs Studio Vision and Sample Cell.

All songs have been remastered by George Horn at Fantasy Studios. The vinyl is housed in a custom designed jacket by Eloise Leigh featuring our label’s colors black-white-red with connect-the-dots pattern linking the 10 songs via maps/timeline/location, all relating to the reissue process, plus source images from San Francisco, our hometown. For this landmark release we've also printed a 2-sided fold-out wall poster that includes every artist we've released in our first 10 years 2009-2019 in black, red and silver metallic ink, plus an 8x11 insert with lyrics, notes and photos.