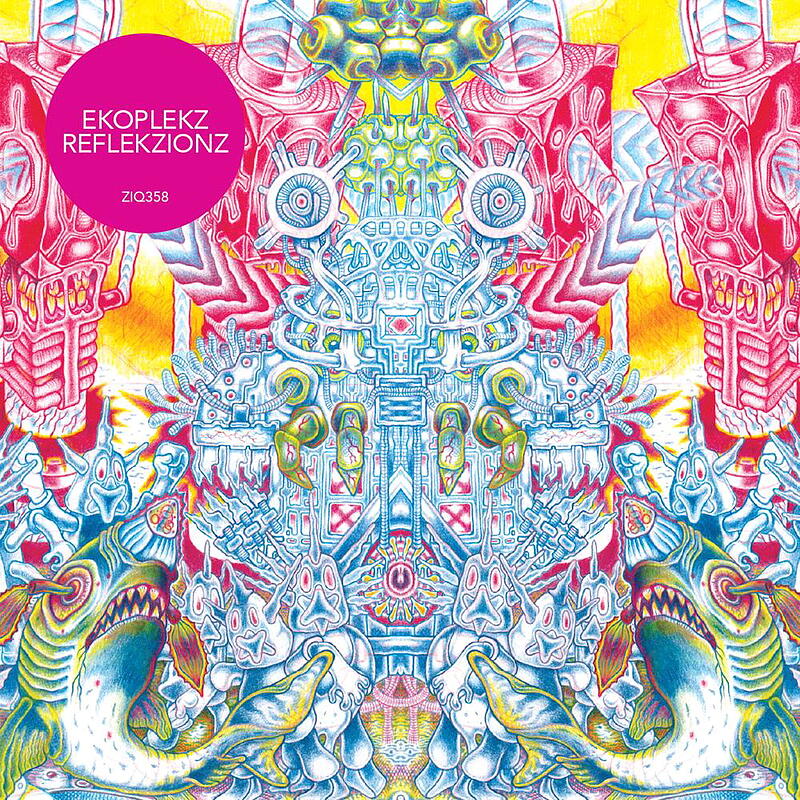 Whilst the murky four-track cassette sound and dirty analogue textures are still very much in place, keen ears might spot a subtle change in emphasis.

There are less of the radiophonic sci-fi sounds, ancient drum machines and none of the post-punk bass or guitar.

Instead, Nick Edwards mainly focuses on invoking a blurry, saturated false-memory of the leftfield electronica that was the soundtrack to his life in the early to mid-1990s.As the album title suggests, "Reflekzionz" is a record that unapologetically dwells on past experiences, like flicking through an old album of bleached-out photos from days gone by, and on tracks like "Downtone", with its extended, unchanging groove and wash of muted, untethered synth melody, the aim is to invite the listener to join in a state of reverie.

"Midnight Cliffs" and "Saturation (Full Rinse)" are unabashed homages to the artists who inspired Edwards, but always with enough production twists and turns to ensure the results are never simply a facsimile of the originals.

Opening track "A Caustic Romance" could almost be a lost AFX beat but adds a touch of hand-played naive melody that brings to mind mid-seventies Cluster, blending different eras in a lo-fi melting pot.Elsewhere there are other influences on display.

"Quakers Road Skank" sounds like Raymond Scott jamming with Lee Perry at the Black Ark "Repeater (How Did It Feel?)" tips its hat to the work of indie-psych gods Spacemen 3, whilst "Seduktion" adds a touch of Kraftwerk-like metallic sheen.

But as with practically all Ekoplekz records, the unifying factor is the primitive dubwise production, heavy on the filtering, echo and equalisation, never more apparent than on "Dubnium 268" where heavy layers of drone and melody crash and burn along an unstable rhythmic path.

The album closes with the gentle, woozy atmosphere of "Day In May", where fragile, muted melodies drift in and out of sync on a bed of corroded drum machine, fading into the distance like a half-remembered dream - the perfect finish to an hour spent in the company of Nick Edwards at his most reflective.