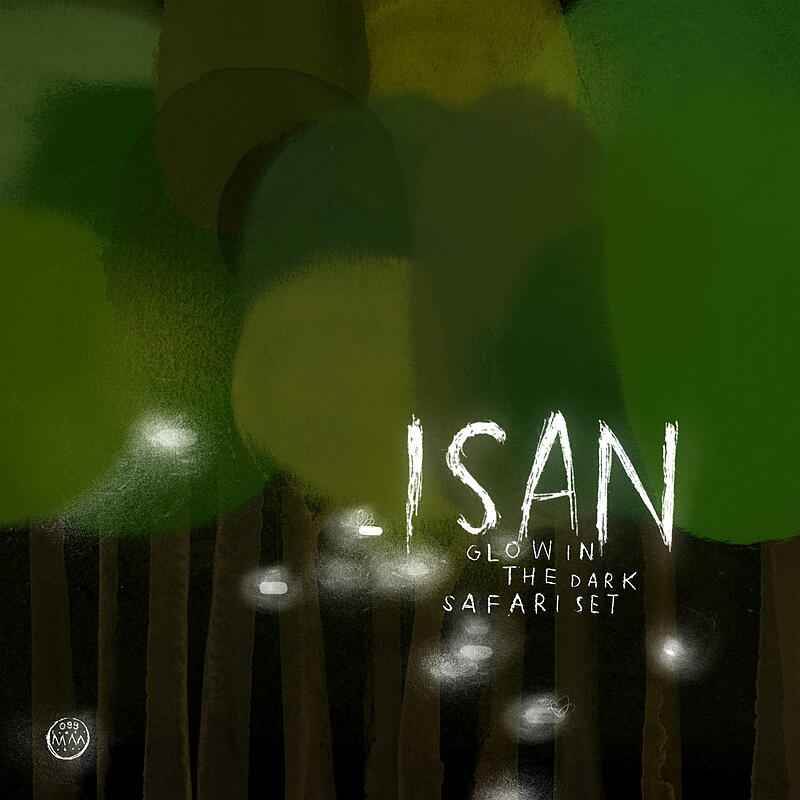 Robin Saville and Antony Ryan, two English gentlemen who create music together under the nom de plume Isan, return with their sixth full length album for their spiritual home of Morr Music. It’s been a few years since Isan’s previous outing, the delectable electronic esoterica of Plans Drawn In Pencil, but our heroes haven’t been lazy. “We played some lovely shows on the back of the album and then took an unintentional sabbatical,” explains Robin. “Antony moved to Denmark and then Sweden where he's now learning to be a glass blower. No really”, he deadpans in as good natured a way one close friend can talk about another. Robin also released a critically acclaimed album himself, the agrarian electronica of Peasgood Nonsuch. No wonder it took them a while to finish Glow In The Dark Safari Set. The results, in (ahem) time-honoured Isan tradition, are certainly worth the wait. Opener, Channel Ten, with its Autobahn-assured poise, appropriately prefigures a body of work that is Isan’s finest to date. Inspiration for this came from ‘emancipation’ as Robin elaborates “It was an attempt to jettison the weight of our back catalogue and get back to the fun of making music. This entailed playing with ancient Casios, mangled tape loops and squidgy noises. Very hands-on. Most of the tracks on the album started life away from the laptop” This giddy sense of enjoyment suffuses the album – from the glistening rush of Merman Sound which segues into the soft focus sound world of its own coda seamlessly to the cinematic, techy strut of Grissette or the calmly oscillating and cascading melodies of Greencracked which evoke images of a retro-futurist utopia. Isan have always excelled at fashioning a quietly awe-inspiring music and Glow... is no exception. Even the title suggests a sense of wide-eyed-wonder. “We were playing with lots of ideas around fire, embers, bioluminescence and the title popped into my head one day. It seemed to sum up a lot of the things we like - I like to imagine sitting in a darkened room looking at the gentle green glow of 1970s vu meters, then they all come to life and start crawling up the wall” says Antony. Such is the album’s celestial hot-wired circuit board wizardry; Glow In The Dark Safari Set positively throbs, ebbs and flows with electronically refracted ideas and melodies – a digital tone poem sitting somewhere betwixt the cosy experimentation of the BBC Radiophonic Workshop and the exotic sonic emissions of a top secret Düsseldorf studio circa 1975. “I think we'd like to see it as a bit of a reset in terms of the Isan canon” concludes Robin. If that’s the case then Isan fans old and new will be delighted to hear that Glow In The Dark Safari Set points to a beautiful future. Bask in its brilliance. - Rich Hanscomb