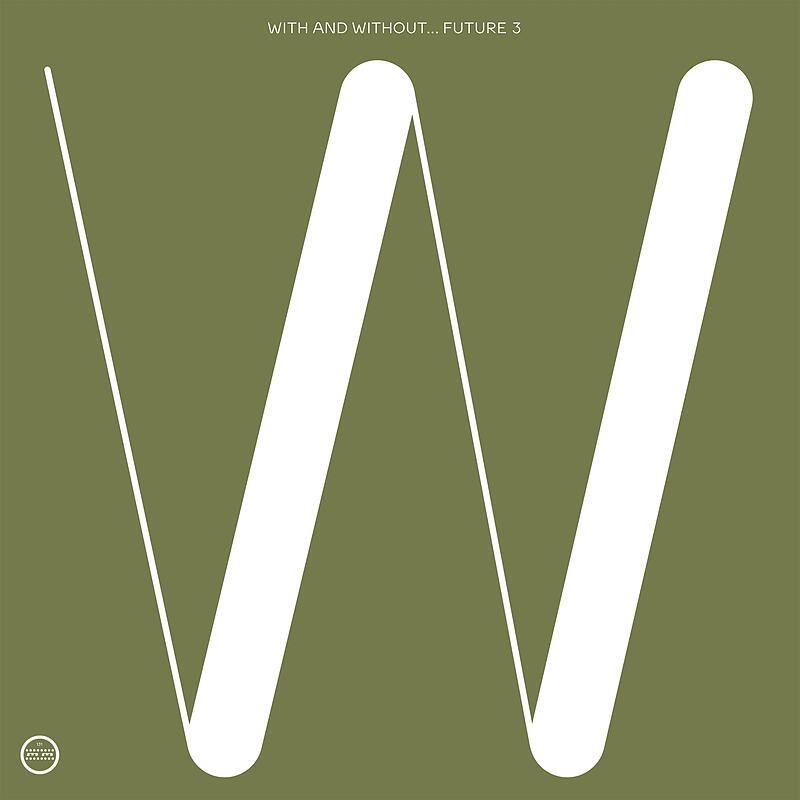 "Is it something in the Danish psyche that encourages this type of beautiful music making? Is it something in the café culture? The water? The food? The colorful buildings? Who can say," a puzzled, enthused BBC journalist wrote when Future 3 released their third full-length Like… in 2001. Whatever it is, it's apparently still there, as the seminal electro trio from Copenhagen, comprised of Anders Remmer (aka Dub Tractor), Thomas Knak (aka Opiate), and Jesper Skaaning (aka Acustic), is about to return with its first new album in 13 years – the aptly titled With and Without, released via Morr Music.

"Never a closed chapter," as confirmed by the three members, but "rather put on hold" to concentrate on the System project, their solo endeavors and other production assignments (including film soundtracks), Future 3 return with an album of airy, ethereal-yet-epic compositions that both nod to the trio's nineties roots but also take in all the various musical experiments, ventures, and releases that have seen the light of day since 2001.

The band's first album in 13 years, With and Without inhabits, as the title indicates, two different kinds of sonic realms: The "With" part refers to a series of song-based pieces Remmer, Skaaning, and Knak recorded with album guests Thomas Meluch (better known as Benoît Pioulard) and Anja T. Lahrmann (Ice Cream Cathedral); "Without" in turn, points to the other half of the album, comprised of instrumental, ambient-sounding pieces written and recorded without guest contributions.

Following the album opener "Mman" with its vocals that seem to loom and soon disappear in a sea of likewise ebbing and floating electronica, "Revenant" sets the tone for the album: At first hesitant yet announcing Future 3's return – "oh, coming back," indeed –, the track builds up steadily, almost secretly, to a climax that sounds misty, wistful, and reassuring at once. In the case of "Signature," it's Anja T. Lahrmann's vocal contribution over a flickering landscape of gentle synthscapes that lures the listener in, like a chant projected on the insides of a surreal church hologram.

Having met in the early nineties in Copenhagen, Remmer, Skaaning, and Knak soon made waves in the then-bourgeoning Ambient/Chill-out scene, playing DJ sets that also nodded to Reggae, Dub, and Hip-Hop, and already turning heads with their debut album We are the… (1995): Future 3's first full-length, hailed as an Ambient classic, made them a household name upon its arrival, and nineties legends such as Kruder & Dorfmeister, Mixmaster Morris and Coldcut included the album on their personal top-5 lists. The band's sophomore album Stay with… even included a proper hit single – "The Boy from West-Bronx" – that was featured prominently on MTV in 1998. After remixing Coldcut and Shantel, they released the aforementioned Like… in 2001, a combination of complex beats, DIY recordings, and ambient layers that earned Future 3 a nomination at the Danish Music Awards, while Thomas Knak also produced some tracks for Björk's Vespertine album around the same time.

Ever since Future 3 released their cover of Slowdive's "Alison" and the exclusive track "Stuff" on a Morr Music compilation in 2002, they've been on hiatus – though actually focusing on making music both "with" and "without" the other members: Whereas the s/t System album (2002) was another collaboration, all three members released solo material over the next years – Remmer as Dub Tractor, Knak as Opiate, and Skaaning as Acustic –, eventually forming yet another project in 2006: People Press Play, who released a s/t album via Morr Music in 2007, an LP that already hinted at their growing interest in more song-based material and vocals (the band also featured Sara Savery, a fellow Dane).

Going back to their System moniker with releases such as "Tempo" and "B", "Denmark's longest surviving electronic super group" (as Rump Records once claimed) celebrated 15 years of Future 3 at Copenhagen's Strøm Festival in 2010, which ultimately led to the recording of With and Without: Finally, the three long-time friends and collaborators wanted to combine the minimal, ambient approach of earlier recordings with their heightened interest in proper songwriting. Using the OP-1 mini-synthesizer as a starting point for all new compositions, Future 3, who received the Pioneer Award at Steppeulven, the Danish Music Critics Award, earlier this year, have reached a point where they sound as powerful and convincing with guest contributions as they do without.