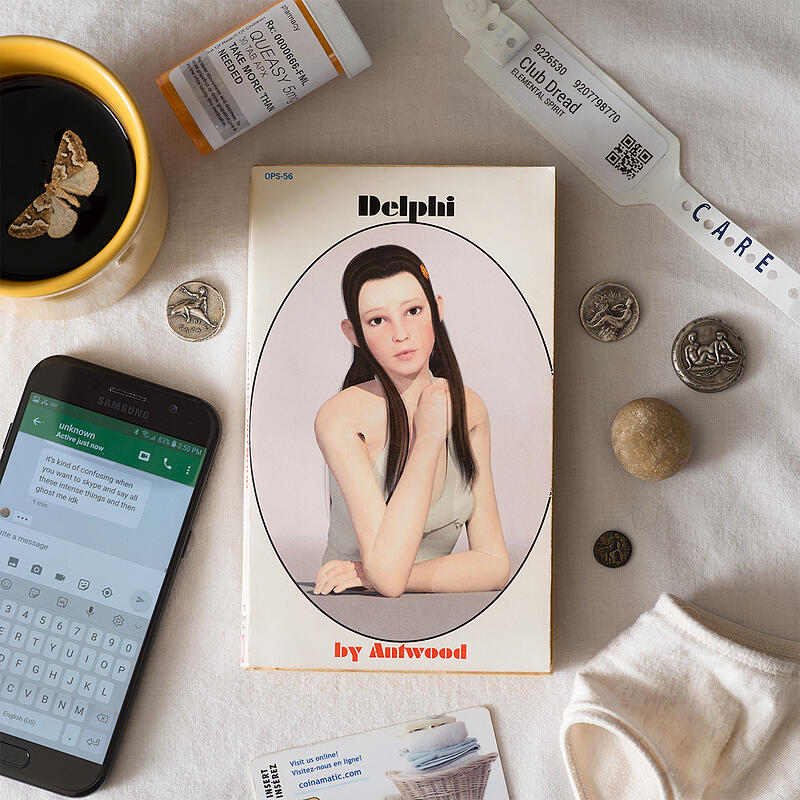 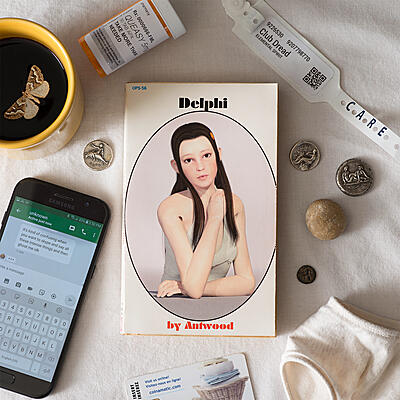 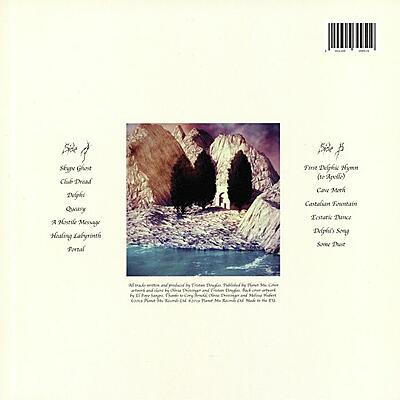 “Tristan has always used conceptual frameworks to facilitate the writing process and ‘Delphi’ is no exception. This time Tristan worked with his girlfriend Olivia Dreisinger to develop a fictional character: the young lovelorn Delphi. She is represented throughout by a recurring melody, with the album developing the story around her. Deeper than this however, ‘Delphi’ represents the hurdles faced by modern lovers, and those felt personally by Tristan, as the album encompasses a wide range of his emotions. The character ’Delphi’ finds solace in escaping to a place, her namesake, the ancient Greek city. She gets lost in her fantasy, realising it is not as she had idealised.

“Olivia and I started making the album cover as soon as I knew what direction ‘Delphi’ was headed in. I took objects that had significance to me at the time of production and physically recreated them as “Delphi world” objects, so that the album’s narrative and each track are represented in the cover photo. If you flip the album over, there is a computer rendering by Paulin Rogues of the two landmarks in the ancient city of Delphi - not quite ancient or modern Delphi, somehow real life but also fantastical.”

Delphi is an album where the real and the fantastic combine, where functional club music meets evocative piano miniatures. “I ended up working on ‘Delphi’ for over a year, where it developed and grew in parallel to my own life. It became story-like, and I embraced the story-like quality of it.” Perhaps the story of ‘Delphi’ is the story of our own lives.”