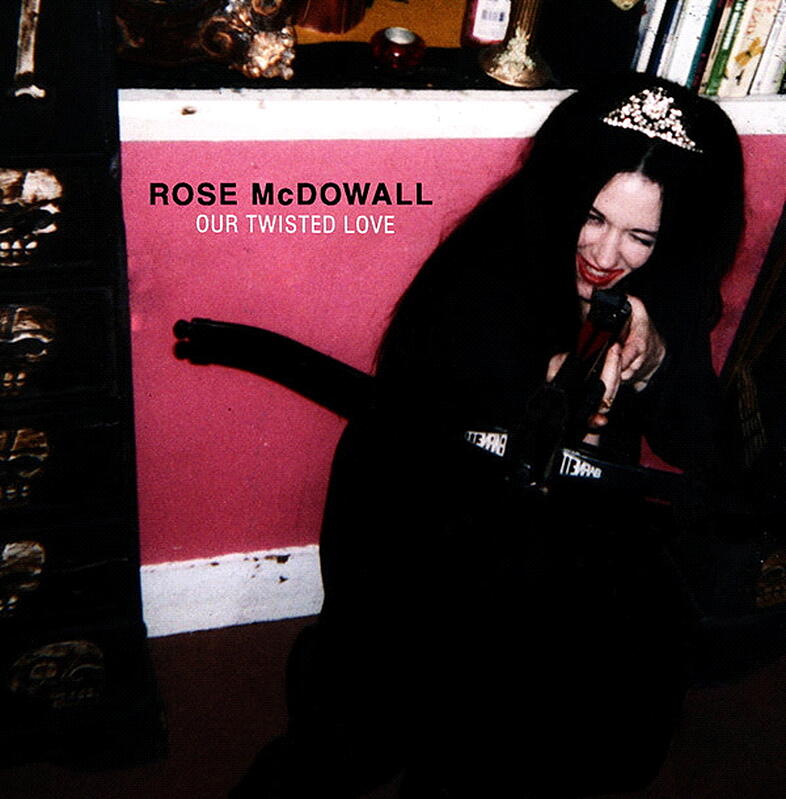 The Our Twisted Love E.P. constitutes the most contemporary recordings by Rose McDowall available, heralding her return to live performance and songwriting. Building on the groundwork laid by McDowall with her group Sorrow, and various collaborations with key figures in the post industrial landscape, it features a full band recording and long-form songwriting that draws heavily on both McDowall’s keen sense of pop melody and melancholy. Breaking into a harmonium drone and Rose’s instantly recognisable, vocal, the epic title song unfurls at a glowing, glacial pace. Never hiding her love for the Velvet Underground, Our Twisted Love reminds the listener of 70s-era Nico, but McDowall’s fragile vocal has a spine-tingling fragility of its own. Guitarist Dru Moore provides shimmering chords that dress the melody, itself framed with multi instrumentalist Eilish McEvil’s plucked violin strings. Rose’s gorgeous twists with the vocal erupt into a full band jam, with bassist Clay Young, acclaimed cellist Jo Quail and drummer Lloyd James joining in for a neo-folk, dronist excursion that elevates the song into psychedelic territory. This Calling sparkles with 12 string guitar and violin and would, given another production, easily fit into McDowall’s earlier material. A song that laments the songwriter’s battle with depression, taken in tandem with the title song, McDowall describes extreme mental states, a natural inclination to melancholy while creating something uplifting in the process. Make It Easy On Yourself is McDowall and band’s rendition of the Bacharach and David classic. Taken at a slower place, nocturnal in mood, the iconic chord structure sounds achingly eldritch in this outing, the band paying respects to the original while adding its own, distinct, faded light. McDowall’s vocal performance is beamed straight from the deepest night, fragile, emotional and perfect. While undoubtedly some distance from the sparkling pop music Rose McDowall made her name with in the mid 80s as half of Strawberry Switchblade, and later with Cut With The Cake Knife (reissued in 2015 by Night School / Sacred Bones) Our Twisted Love sounds like the culmination of a career combining classic pop songwriting with darkness. An artist who has always embraced experimental impulses and self-sabotage in her pop career, Rose McDowall’s Twisted Love has found its own space in the world.