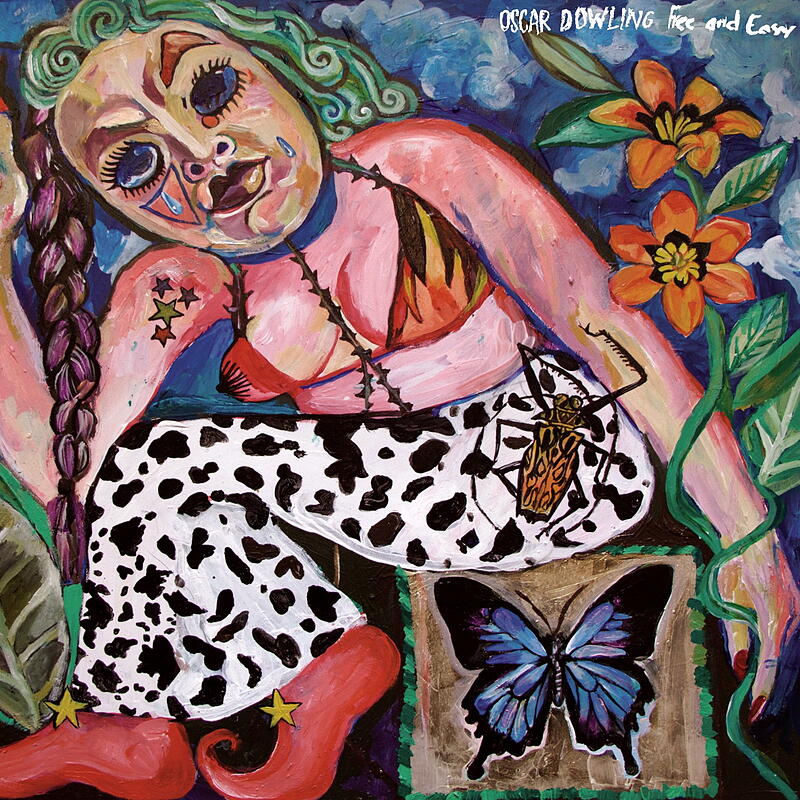 Auckland-based guitarist Oscar Dowling embarks on his debut solo album, leaving his deepest emotions laid bare across the table. The former New Gum Sarn member has created a subdued guitar record in the great indie tradition of his homeland. One that leads into the abyss, tantalising with heartbreak and his unsettling bitterness towards life and death. Influenced heavily from the identity of his country and battling with "my own identity, falling in love, anxiety and mental illness, friends, family and enemies to name a few".

Free And Easy was recorded and mixed with Ben Lawson at The Red Bull Studios in Auckland. The album features local luminaries Steven Huf, Will Wood, Mason Fairey, and Sam Hamilton. Dowling recalls; "Ben heard me play at my neighbours wedding and later asked if I wanted some studio time at Red Bull. He gave me a week in between other projects and last minute I realised I didn't want to record solo and asked friends Steven Huf and Will Wood if they wanted to help me out. I'd seen both of them play with a lot of different people over the years and knew they could pull it off without much warning. I think we only practiced 3 times."

Recording in such swish surrounding felt alien to Oscar, as he states "it was different to the DIY style I'm used to, lots of fancy gear and a soundproofed, air conditioned live room. We had a reasonably strict time schedule so when we were there it was all go and no fucking around."

Whether soaked in Oscar's melancholy voice and warped out guitars, ('Sally Free and Easy'), or accompanied by a delicate piano ('Low Moon') or the jarringly raw ('Ease My Passing') each track paints a vivid picture of Oscar's life. Title track ('The Life') is best at transcending this portrait of the hardship of life with an entrancing melody line and ruthless lyrics, those lyrics severing as a medium for "understanding subjects such as death and love" and finding comfort in writing about his relationship with mental health, the outcome being "very therapeutic."

After spending the past year beekeeping with his brother, Oscar is still able to live out the perfect balance between city life and the countryside. Having grown up in the sticks, he tells us that the reason for moving to the capitol was that "people from all over come here to make music and find others making music, so it has a decent scene. I moved here for that reason and it has influenced me massively in terms of how I think about music and why I continue to make it."