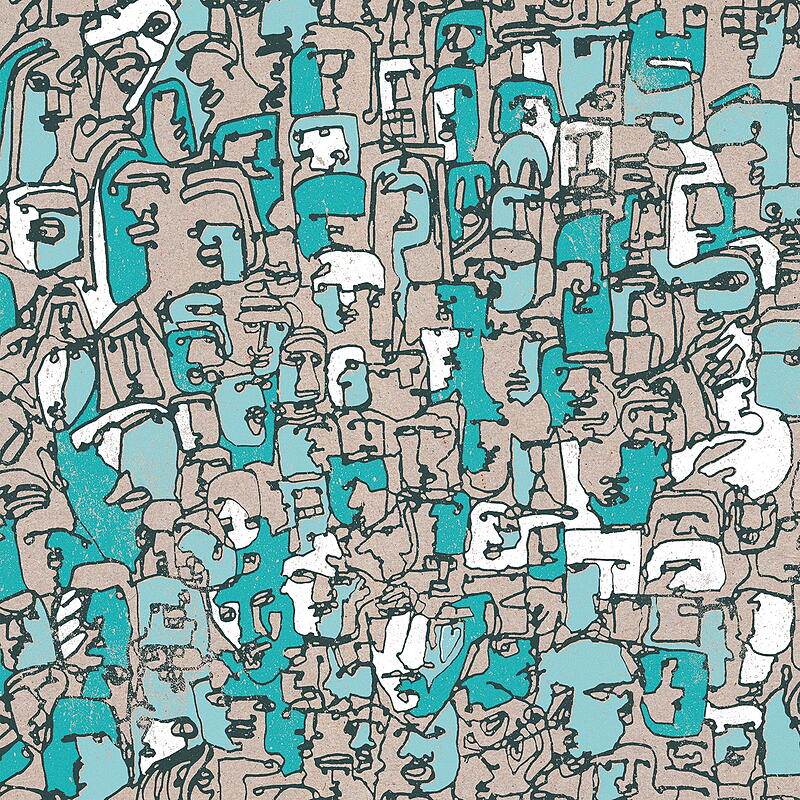 Working for a Nuclear Free City have never been too concerned with genre. Since their debut release almost a decade ago they have danced around the constraints of genre, eschewing predictability and expectation in the process by creating a body of work dictated by invention and momentum. Their latest release is no exception although, like much of their previous work, whilst it is difficult to pinpoint it is not lacking in stylistic coherence, “When putting the record together I was trying make something cohesive in some way.” Says one of the group’s founding members, Phil Kay. The end result is an expansive, pop-tinged, experimental album that can be as propulsive as it can be restrained, bringing to mind artists as diverse and brilliant as Beck and Brian Eno to the Super Furry Animals.

The situations and inspiration around the record have been rather hodgepodge, “I listen to the radio most of the time, stations that play pretty diverse things, or I put things on shuffle a lot - mainly just trying to take the decision making process out of what I choose to listen too” Kay says, whilst also stating that the environments in which the record were created were just as all over the place, “I move around a lot so all the tracks are from different areas. Some from back in Manchester, a few from here in London, a couple I recorded in LA up in the Hollywood hills in Jennifer Anniston’s old apartment.” This geographically vast record was also done over a period of time too, making it a continent-spanning record that has had years’ worth of thoughts and ideas funnelled into it, “It was recorded over such a long period of time that each track has its own distinct memories for me.” Kay says of the process.

The title of the album What Do People Do All Day? Has a dual meaning, as Kay points out, “I was writing a kids book at the time so had loads of Richard Scarry books lying around. I think we hit on the title as it of course reminds you of Scarry and puts you in that playful territory but the second meaning of it is about the mundanity and futility of life, so there's that juxtaposition. It was supposed to be this loose concept album about peoples lives or various snapshots of people lives. The songs also all seem to relate to these imagined characters and their lives - perhaps a days in their lives”

As a result the songs vary enormously and when discussing what some of the individual tracks are about, Kay paints a picture of a little universe of strange tales and stories, one song is about “Media and politics and bullshit and living in a city and everyone wired up and concrete and adverts and too much noise” whilst others are about: “A girl who dreams of killing her boss, quitting her mundane job and living in a magazine”; “The heir to Blackpool Pleasure Beach who turns it into a Vegas-style resort, makes millions, moves to Venice beach and turns it into Blackpool” and “Teenagers getting stoned in a park in suburbia and discovering a secret portal”. As illustrated by these unique and vast narrative situations, it’s an album with huge scope and one that has set out to be as lyrically ambitious as it is sonically.