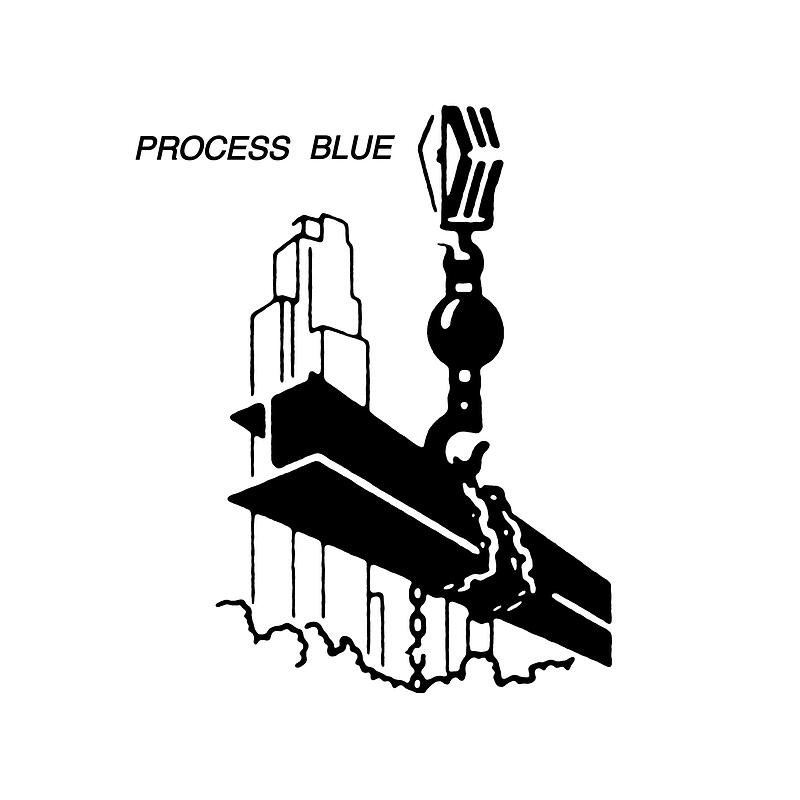 Process Blue was formed in the fall of 1981, at Antioch College near Dayton, Ohio. The group essentially consists of Chel White (tapes, keyboards, percussion) and Dan Gediman (keyboards, vocals, bass). Additional members contributed at various points to both recorded works and live performance. Process Blue's original interest was in electronic music and the interfacing of electronic sounds with acoustic instruments, non-musical instruments, and tape-manipulated sounds. The group's primary objective has been to strive for creative experimentation within the format of contemporary pop music.

We are proud to release a 12-song LP featuring music recorded between 1981 and 1982. 7 of the tracks were originally self released on a cassette album in 1982. The only song in this batch to ever appear on vinyl is “Control Panel” released on a French LP compilation called “Folie Distinguee Alternative Funk.” The songs range from experimental dance music to quieter, more melodically-oriented pieces. They used an array of synthesizers used were Moog Sonic-Six, Casiotone MT-30, Korg MS10, Roland SH 101, Casio VL Tone. Analog instruments included electric guitar and bass, and drums. Guest musicians included Gil Belton (melodic rototoms percussion and synthesizer bird sounds) on Industrial Park, Eric Zimmerman (Korg synthesizer) on Up to $100 and Subterrania, Patricia Yarborough (vocals) on Pink Razor and Air, Mike Pummel (engineer) on Control Panel, and John Flansburgh (of They Might Be Giants) engineer on Up to $100.

All songs have been remastered by George Horn at Fantasy Studios. Each LP is housed in a jacket designed by Maycec featuring original drawings by Chel White and include a double-sided insert with photos and lyrics.