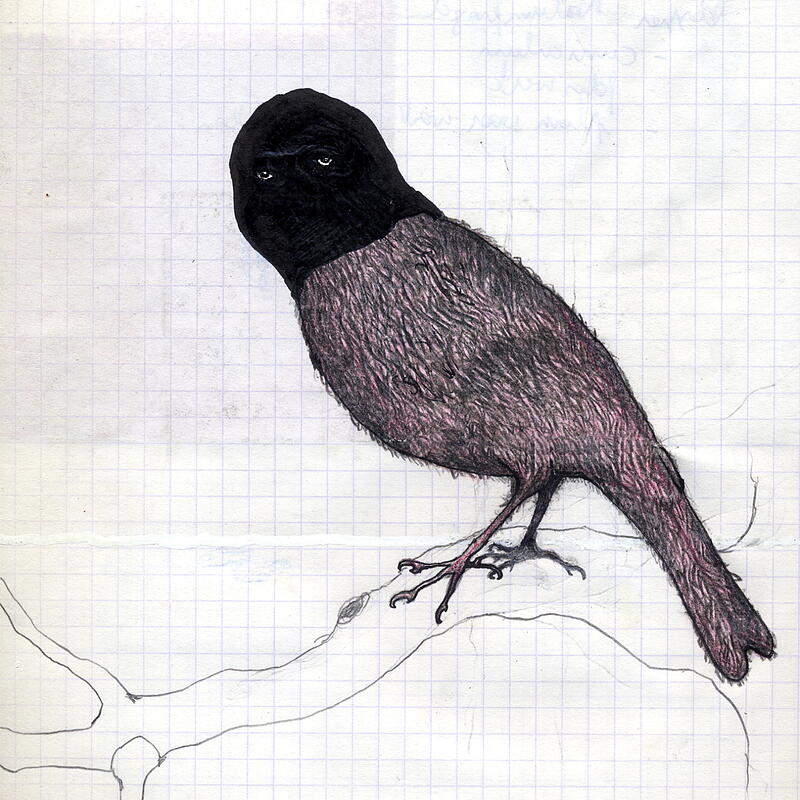 With Kaboom Karavan it’s hard to know quite where to start – the Belgian collective led by Bram Bosteels have a history in theatre, film and contemporary dance, but that doesn’t really help shine a light on their music. They have collaborated with musicians all over the world including Miasmah’s very own Kreng, and released a debut album on Mexico’s Umlo imprint, but again this probably only gives a small indicator of what the collective actually sound like. There is something effortlessly surreal about the band, and surrealism is an aspect of art often attempted and very rarely perfected. Here Bosteels abuses his choice of instruments (and players) to the point where the listener would barely be able to place which instruments were being used at all, in fact at times you’d be hard pressed even to place what sort of music it was. Through a haze of pizzicato strings, clouds of sullen reverberation and clamorous percussion you get the feeling that you have been catapulted into a universe just outside of perception; somewhere cold and unforgiving where regularity is turned upside down just to toy with our strict ideas of reality. Jazz and Dadaism might be the cornerstones of ‘Barra Barra’ but these disparate influences are twisted and melted beyond recognition leaving only remnants on the finished product. ‘Barra Barra’ is a complex album which takes patience to navigate through; you could hear the German clanking pre-industrialism of Einsturzende Neubauten, the slow brooding doom of Bohren & Der Club of Gore and the stuttering abstraction of Black To Comm yet it still feels fresh and distinctly current. Unusually the most fitting comparison might be the work of the Brothers Quay, as the ticking, creaking, stuttering songs feel perfectly matched with these flickering, haunted images. This is what makes the album such an appropriate addition to the Miasmah canon, and one that will haunt your dreams (and nightmares) for months to come.