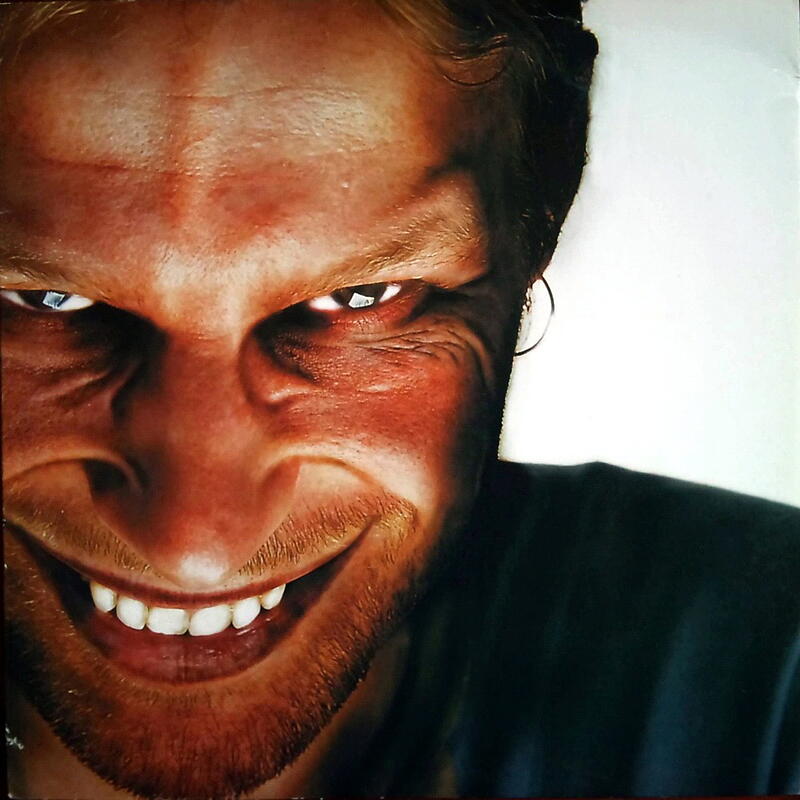 In a career full of brilliant, groundbreaking music, the Richard D. James Album remains Aphex Twin’s drill ’n’ bass masterpiece. It was James’s fourth and most widely popular full-length to date upon its original 1996 release, and reinvented the artist as a commanding influence on like-minded groups such as Radiohead who were tiring of the guitar / bass / drums format. Moving even further away from his ambient and acid house beginnings, the album matches James’s trademark fragile, slow-moving melodies with harsh, quick breakbeats. When it was released, fellow electronic artists such as Orbital and Underworld had just begun to filter moderate amounts of drum ’n’ bass in their work, but the Richard D. James Album was more extreme than virtually all jungle at the time. Autobiographical in nature, it employs electronic sounds, pulsating rhythms and non-musical samples to convey the author’s feelings on childhood innocence, evidenced in tracks like “To Cure a Weakling Child,” “Boy/Girl Song” and “Cornish Acid” (a nod to his Cornish background and upbringing). Chicago Sun-Times critic Jim DeRogatis said of the album: “James has turned inward for inspiration, painting aural pictures of real and imagined scenes from his West Country childhood.” Stylistically, the Richard D. James Album is in the mode of “elektronische music” and relies only on sounds generated electronically, while continuing James’s implementation of “musique concrète” ideas by manipulating human voices, physical instruments and environmental sounds via sampling, distortion and looping. The album continues to gain high marks from music critics, ranking 40th on Pitchfork’s Top 100 Albums of the 1990s and 55th on NME’s Top 100 Albums of All Time. A peculiar and personal work, the Richard D. James Album is a modern classic which offers the same thrill on the first listen as the hundredth.