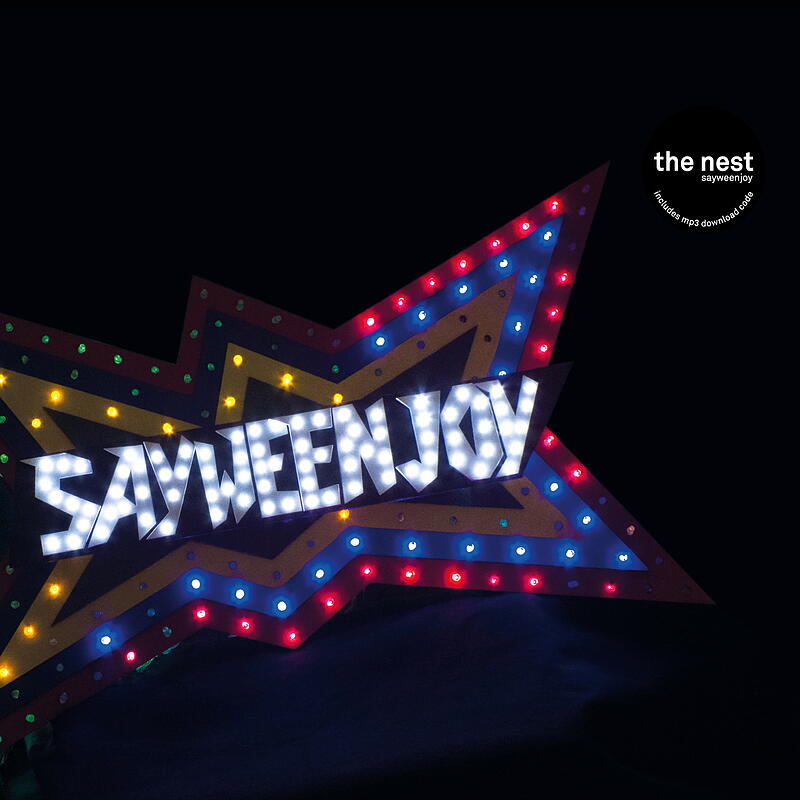 The album SAYWEENJOY by THE NEST was recorded in one weekend by musicians Christoph Clöser, Thomas Mahmoud, Gerald Mandl and Tycho Schottelius at Neukölln Studios in Cologne-Mülheim, and mixed a few weeks later at Ministerium in Berlin. Whereas the music on their previous album 'Music for Drivers' came across as much more fragmented and fractured, the new album features skillfully arranged songs that lie somewhere between contemporary electronics, musique concrète and jazz. The album?s language is warm, cynical, upbeat, cold, dark, claustrophobic, neurotic and unpredictable, all at once ? in the spirit of our times, yet full of humor. It is a musical language that knows no fear or boundaries. The vocals and the singing support the rhythms more than the musical phrases and melodies. They often have a sample-like quality in dialogue with the saxophone, which embodies the actual lead vocals and melody of the music, giving it a soul. SAYWEENJOY is more danceable than John Zorn, but clunkier than Madonna. THE NEST was established in 2011. Comprising of Christoph Clöser ("Bohren & der Club of Gore"), Tycho Schottelius ("Desmond Denker"), Thomas Mahmoud and Gerald Mandl (both "Tannhäuser Sterben & das Tod"), they have created their own blend of electro-acoustic, jazz and noise. Their debut album "Music for Drivers" (Denovali) has been described as: "Highly minimal and with due attention to space and atmosphere, 'Music For Drivers' is poised with a sharp tension between contrasting organic and mechanical sound sources; field recordings lend an unpredictability and sense of atmospheric breadth while their patiently attuned playing paints the space between with ethereal, otherworldly strokes of synthesizer, saxophone and electronics, constantly morphing between moods which are never quite just dark and light, maybe best described in terms of psychedelic, hallucinatory light shows." (Boomkat) With the idea to transform this material even further, the band has self-released a remix-cassette album ("Music from Co-Drivers"), featuring a carefully selected bunch of experienced collaborators, musically ranging from Breakcore, Dubstep, to New Wave and Experimental Music. Whilst their debut album was driven by the clarification of areas and fields the new album SAYWEENJOY focusses on the more melodic and rhythmical structures of The Nest's very own musical language.