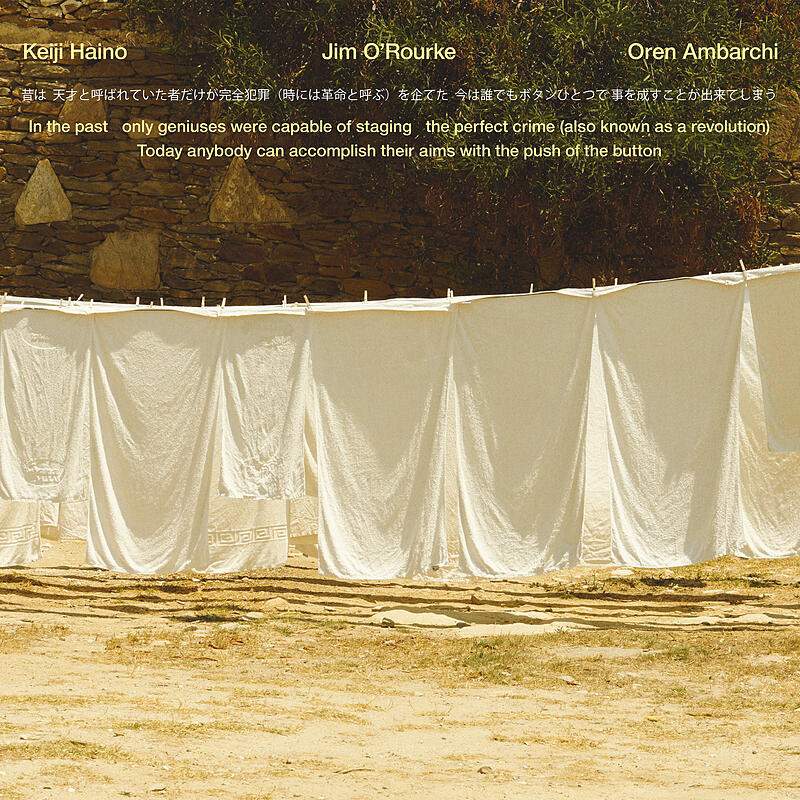 For its 50th release, Black Truffle presents the 9th album from one of the label’s core ensembles, the power trio of Keiji Haino, Jim O’Rourke and Oren Ambarchi. Drawn from a November 2015 performance at Tokyo’s now-defunct SuperDeluxe, the record’s opening piece drops us immediately into the maelstrom, abruptly cutting into an extended episode of Ambarchi’s pummelling drums, O’Rourke’s fuzzed-out 6 string bass and Haino’s roaring guitar and electronics. Eventually settling into a hypnotic bass and drum groove over which Haino unleashes some almost Ray Russell-eque skittering atonal screech, these opening 13 minutes act as a potent reminder of the trio’s power.

Sides two and three are given over to slow-burning, multi-part epics that range from spacious reflection to furious tumult whilst the fourth side returns to the hypnotic grooves of the opening piece, fixing on an relentless riff and riding it into oblivion under Haino’s roaming psychedelic soloing and jagged chordal slashes.